The Top 9 Most Polluting Companies

Living sustainably is fast becoming a household priority – with a quarter of Brits now believing the environment is the UK’s most important issue.

Unfortunately, whilst many of us work hard to cut down our own carbon footprint, there are still some companies out there pumping emissions into the atmosphere and tossing plastic into our oceans like there’s no tomorrow.

So who are the top offenders? Just how much are these companies polluting the planet? And, most importantly, are they doing anything to turn things around? Let’s take a look. 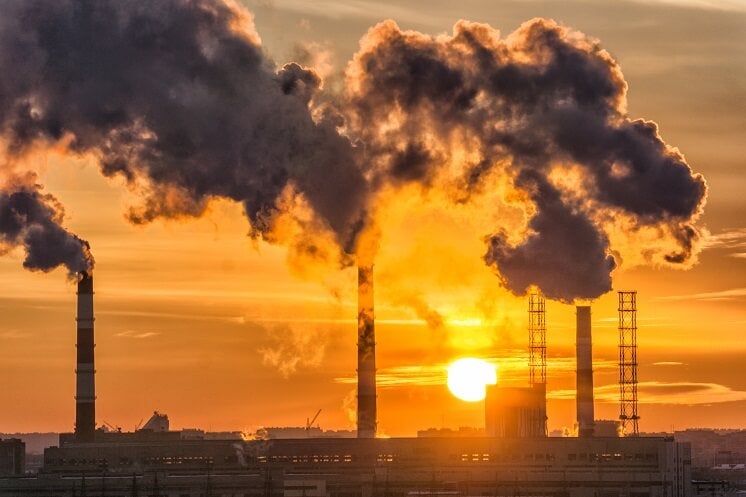 Our two primary sets of data are from the Climate Accountability Institute and the Break Free From Plastic annual audit. These datasets have helped us narrow down which companies are creating the most emissions and dumping the most plastic waste around the globe.

We then calculated the emissions per capita, which is based on the size of the company, rather than focusing on the total damage done. This means that a company’s habits won’t just come down to the scale of its operations.

As companies become more polluting, they tend to be on the receiving end of public criticism – leading some businesses to be a bit hazy when discussing their green credentials. As you’ll see further down, company sustainability reports don’t always reflect reality.

The most polluting companies in 2020

Data from various sites, including The Guardian, The Climate Accountability Institute, Statista, and company annual reports

“Peabody recognises that climate change is occurring, and that human activity – including the use of fossil fuels – contributes to greenhouse gas emissions. We also recognise that coal is essential to affordable, reliable energy.”

Despite this acknowledgement, not only is the company clogging the skies with CO2, but it’s also spent decades spreading disinformation about climate change. According to The Guardian, Peabody Energy has funded at least two dozen groups that cast doubt on manmade climate change and oppose environmental regulations. Like most things in life, the end goal of this was – you guessed it – money.

In an attempt to redeem itself, Peabody restored nearly one acre for every acre disturbed during mining in 2019. But is this really enough to make up for the devastation being caused? We’re not so sure. 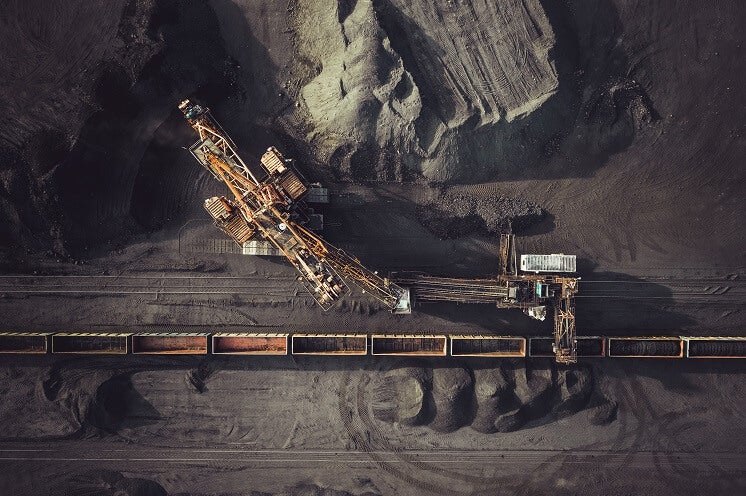 Kuwait Petroleum Corporation produces about 7% of the world's total crude oil. Recently, there has been a shift in demand for crude oil from Europe to Asia. There is also a rising global demand for refined products – namely petrochemicals and natural gas – meaning the company is showing no sign of slowing down.

In fact, to meet this climbing demand, Kuwait is expecting to invest AED500 billion (£38,118,091) by 2040, with the aim of boosting oil extraction and increasing petrochemical projects. So, despite being one of the world’s top offenders, Kuwait Petroleum is seemingly doing nothing to redeem itself.

ConocoPhillips prides itself on the fact it has managed to reduce its emissions by almost 7 million tonnes per year since 2009 – fantastic news, right? Well, when you compare this figure to its overall 15.23 billion tonnes of emissions, what you’re left with is a measly 0.045% reduction in emissions.

And new plans in the pipeline are likely to cancel out any further emission reduction. A few months ago, the company signed off on a development plan in Alaska, which will, over its 30-year life span, produce approximately 586 million barrels of oil. Sadly, experts have said this could have potential impacts on caribou and other local wildlife species. 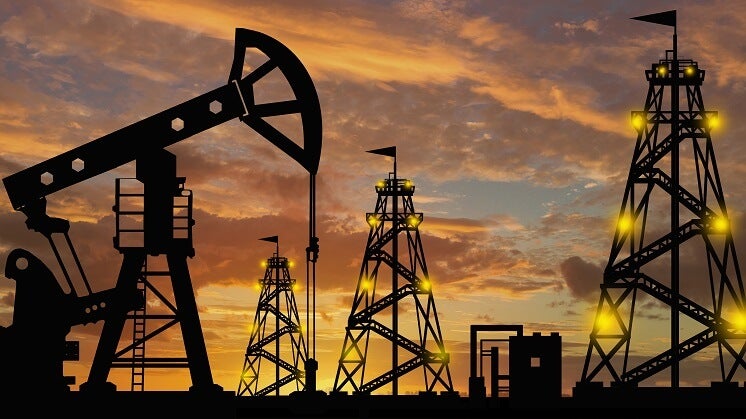 Company summary: Oil and gas company
Based in: California, United States
Founded: 1879
Emissions per capita: 900,218 tonnes – or, 187,936 return flights from London to Sydney

Sounds like a very environmentally conscious company, right? Unfortunately not. Chevron pumps out nearly 250,000 barrels of crude oil each day. Just two years ago, the company had to pay $9.5 billion for the repair of the social and environmental damage after the court found that Chevron deliberately dumped billions of gallons of toxic oil waste in the Amazonian provinces of Sucumbíos and Orellana.

And when Chevron ‘flares’ (i.e. burns unwanted gas), dark smoke spirals up and across California – this alone led to more than 15,000 people in California seeking treatment in 2012 for respiratory distress after a factory fire.

Chevron was also one of the oil firms targeted in a campaign by the Union of Concerned Scientists in the US to “stop funding climate disinformation”.

“From continuously improving operational efficiency and the environmental performance of our facilities, to pursuing low carbon energy solutions, and strategically investing for growth, we view sustainable practices as the best way to ensure our business remains viable for the long-term.”

And yet, Saudi Aramco has totted up the largest overall sum of CO2e emissions in the world since 1965, now sitting at a horrifying 59.26 billion tonnes. This company alone has contributed to about 4.4% of the world’s total carbon dioxide and methane emissions in the last 50-60 years.

Aramco is also expected to lead the growth in fossil fuel production between 2018 and 2030 – it’s estimated that the company will produce 4.7% of the world’s ‘carbon budget', which is how much CO2e our planet can produce if we want to keep global temperatures from rising 1.5C above pre-industrialised levels.

“Our actions to address the risks of climate change are prioritized under the four pillars: mitigating emissions in our operations, providing products to help our customers reduce their emissions, developing scalable technology solutions, and engaging on climate change policy.”

It was clear that Exxon had betrayed its very own principles back in 2015, when research revealed that the company had known about the causes and dangers of climate change since the 70s. Rather than taking action, Exxon spent decades pouring millions of dollars into disinformation campaigns designed to mislead the public.

In fact, Exxon has spent more than $30m over 30 years on think tanks that have promoted climate denial.

Company summary: Oil and gas company
Based in: London, United Kingdom
Founded: 1909
Emissions per capita: 485,306 tonnes – or, 97,647 return flights from London to Sydney

For many, these words will be overshadowed by the 2010 Deepwater Horizon rig explosion – which sent 206 million gallons of oil from BP’s Macondo well spewing into the Gulf of Mexico for 87 days. The spill killed 11 workers and millions of marine creatures – triggering one of the worst environmental disasters in US history. At its height, 88,522 square miles of sea were closed to fishing because of the spill. A decade later, many species are still struggling in the area.

More recently, environmental lawyers have complained about BP’s greenwashing advertising campaign, which portrayed the oil company in a sickly sweet light when it comes to the environment.

“We understand that people around the world are increasingly concerned about air quality and its impact on public health. We monitor our air emissions, and put measures in place to reduce the potential impact of our activities on local communities.”

This once-thriving province of Khuzestan has been transformed into a wasteland, where the skies are smeared with pollution and dust storms continuously encroach towns.

The cause? Iran's production of 4 million barrels of oil per day, and the flaring of around 39 million cubic metres of gas across the country. However, when people started to point fingers at the company for its impact on the toxic air pollution levels, Bijan Aalipour, director of the National Iranian South Oil Company (a subsidiary of NIOC), said:

“Putting all the blame on NIOC for the air pollution is nothing but a baseless allegation. We do not deny that oilfield activities generate pollution, but it is not as serious as they say.”

Company summary: Oil and gas company
Based in: The Hague, Netherlands
Founded: 1907
Emissions per capita: 384,939 tonnes – or, 77,452 return flights from London to Sydney

Shell has let down environmentalists time and time again. In 2015, the energy company splashed roughly $22 million on lobbying activities against climate policies. Shell has also dumped roughly 1.5-2 million tonnes of waste into Busca Bay in Willemstad, which, to this day, is known as Asphalt Lake. And, in light of these transgressions, Shell has been aware of the impact fossil fuels can have for over 30 years.

To redeem itself, in 2019 Shell announced a $300m fund to invest in natural ecosystems over the next three years. However, this positive news is quickly washed away when you compare it with Shell’s annual income of $24bn, which goes into the investment of fossil fuels.

Is this 1.25% of profit going towards the environment simply a handout to keep environmentalists quiet? Quite possibly. 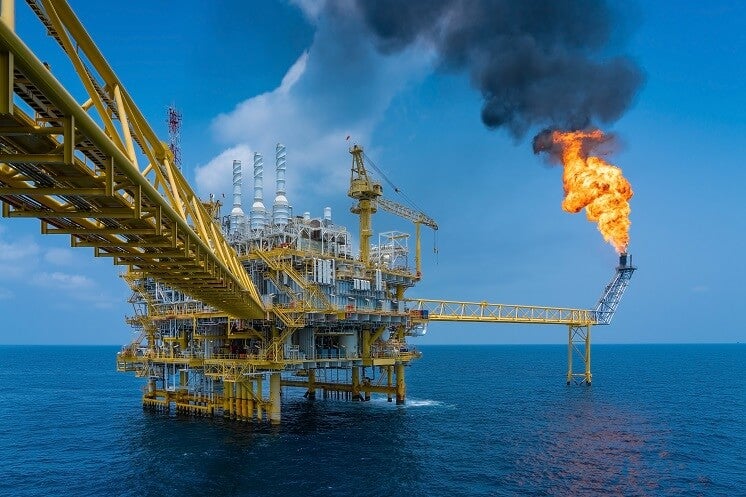 Environmental organisation Break Free From Plastic conducted a study across 55 countries, collecting 346,494 pieces of plastic waste. In total, 63% of items were marked with a clear consumer brand – but which were the top offenders?

Are companies doing anything to change this?

Unfortunately, Perfetti’s last public sustainability report was released in 2016, so we’re unsure whether any progress has been made on shrinking the company’s plastic footprint. Its website states the following: 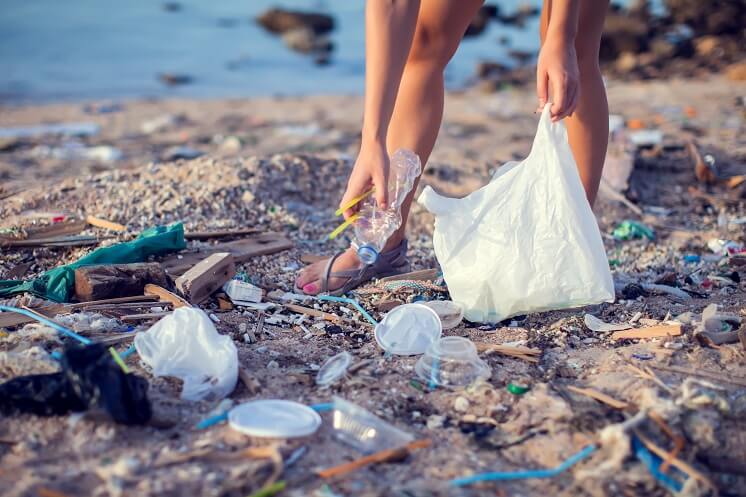 While this article paints quite a bleak picture, it’s not all bad. Companies of all shapes and sizes are now looking to go carbon neutral not only to help the environment, but to seem more appealing to employees in many different countries.