These Are The 10 Most Polluted Schools in London

Air pollution is a scourge on the environment and humanity – and a crucial part of choosing your child’s school.

Toxic emissions can lead to everything from asthma to pneumonia and lung cancer, and can even prove fatal. The pollution in London causes 9,500 premature deaths per year, according to a study from King’s College London.

Air pollution reduces the average Londoner’s life by about a year, according to The London Air Quality Network.

And as well as physical impairments, pollution can also have a negative effect on children’s intelligence, according to a National Academy of Sciences study – setting your kids’ development back by as much as a whole year.

We’ve combined air pollution research from the Greater London Authority (GLA) – which shows the amount of pollution in each borough – with the GLA’s London Atmospheric Emissions Inventory’s (LAEI) data on nitrogen dioxide (NO2) emissions in every London school.

All of these harmful gases are measured on a different scale, so we’ve calculated the London average for each of them. We then worked out what each borough should score if it’s to meet that average, based on its population and area.

The areas which fail to meet this target by the largest margins are the City of London and Hillingdon – and those are the ones which contain the most polluted schools in London.

Tower Hamlets is the best-performing London borough for air pollution, and therefore boasts all of the top 10 schools with the least air pollution.

So, let’s find out the identity of those best and worst schools when it comes to dangerous emissions. 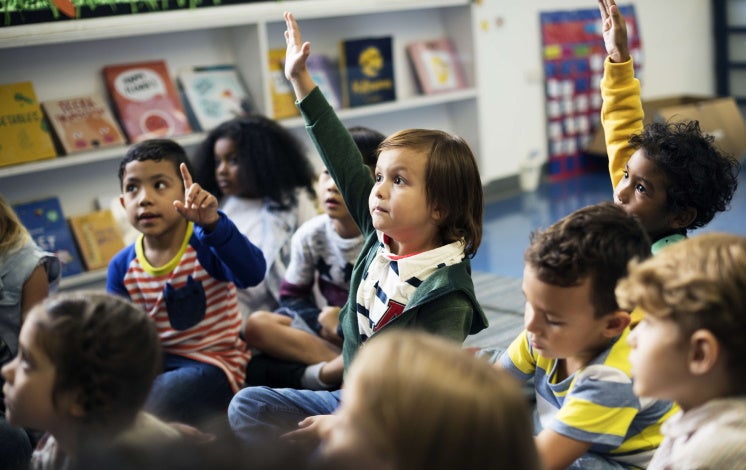 (All are mixed-gender institutions unless mentioned otherwise)

(All are mixed-gender institutions unless mentioned otherwise. The Cubitt Town schools have been combined because they share the same site and score)

How many children does this affect?

Every single one of them is negatively affected by air pollution.

While some areas of London are better than others – going to school in Tower Hamlets or Hackney is definitely preferable to the City or Hillingdon – every part of the capital has a negative impact on kids.

The World Health Organisation’s (WHO) guidelines state that PM2.5 shouldn't exceed an annual average of 10 micrograms per cubic metre (μg/m³) – and every single London borough breaks that directive.

London also falls short when it comes to harmful NO2 emissions.

The UK’s annual target is 40µg/m³, and according to the LAEI, 22 out of the 33 London boroughs contain primary schools which fail to stay below this level.

In total, 485 schools are immersed in pollution which exposes kids to an unhealthy level of NO2 – that’s 15.4% of London’s 3,157 institutions.

This makes your choice of school even more important, as the wrong decision can end up impairing your young ones’ abilities.

How can air pollution affect a child’s development?

High levels of air pollution can impede intelligence, according to a National Academy of Sciences study from 2018.

“Polluted air can cause everyone to reduce their level of education by one year, which is huge.”

The Chinese professors found air pollution does more damage, the more often people are exposed to it. This sounds obvious, but emphasises how vital it is to choose a school in an area with lower emissions rates – even in a polluted city like London.

Even small increases in air pollution have also been linked to an increase in mental illnesses in children.

A 2016 study in The BMJ measured NO2, PM10, and PM2.5 emissions in four Swedish counties, and found higher levels were linked to more mental health problems for the counties’ 552,221 kids.

The children in places with increased pollution were more likely to require treatment for psychiatric disorders, receiving everything from sedative to antipsychotic medications.

This is exacerbated by the fact that youngsters are usually closer to the level of vehicle exhausts. They’re also typically more active, which results in them breathing in more emissions, according to the WHO.

Because of this, the British Lung Foundation has warned that pollution can result in children suffering from:

What is the School Air Quality Audit Programme?

This is an initiative led by London Mayor Sadiq Khan to analyse and improve the air quality levels at 50 primary schools in the most polluted areas of the capital.

The programme was launched in 2017, after Khan described air pollution as “the biggest public health emergency of a generation.”

Khan explained in a report that the £250,000 audit was undertaken “with the aim of reducing emissions, as well as reducing primary school children’s exposure to polluted air.”

The scheme, which is funded by the £22 million Mayor’s Air Quality Fund, has made £800,000 available for the affected schools to implement the report’s recommendations.

Since the end of the primary school audit, Khan has created a similar programme for nurseries.

The £250,000 scheme will audit 20 nurseries in London’s most polluted areas, before giving each of the institutions £4,500 to enact its recommendations.

How to improve air quality around schools

Looking to help your students or children breathe better around their school? Focus on car emissions.

Limit the number of cars around the school and the time they spend in the area, and encourage anyone picking up kids to drive greener vehicles or use more eco-friendly modes of transport.

The main suggestions which the Mayor’s Air Quality Audit Programme made to schools were:

The best course of action you can take for your child is to send them to school in a less polluted area – any of the top 10 schools in our list would be ideal.

Once you’ve done that, we’d urge you to encourage – whether gently or forcefully – that school to enact green policies like the ones above.

This will ensure that your children – and all the other students – have the best chance possible of avoiding the worst effects of air pollution.