Covid-19 Lockdown Will Have ‘Negligible’ Impact on Climate Crisis

Coronavirus lockdowns across the world have led to sharp drops in carbon emissions – but a recent study has found this will have a ‘negligible’ impact on the climate crisis.

The analysis, published by Nature Climate Change, suggests that by 2030, global temperatures will only be 0.01°C lower than expected if we continue with our current lifestyle habits.

In other words, although we’ve seen huge drops in carbon emissions worldwide from coronavirus restrictions, it will only have short term impact.

But the authors behind the study stress a strong green stimulus could be the key to keeping the world from exceeding 1.5°C of warming by 2050.

What are the key findings?

Professor Piers Forster, director of the Priestley International Centre for Climate at the University of Leeds, started working on the analysis with his daughter Harriet after her A-levels were cancelled this year.

They used mobility data from Google and Apple to calculate how different greenhouse gases and pollutants changed between February and June in 123 countries – a wider team later assisted with detailed analysis.

Overall, global NOx emissions declined by as much as 30% in April, contributing to a short-term cooling since the start of the year.

People around the world reduced their travel significantly during April 2020 – leading to around 80% of the population in114 countries (4 billion people) to reduce their travel by more than 50%.

Plus, the data suggests that the decline in surface-transport emissions led the global CO2 and NOx emissions to decrease by as much as 30% in April 2020.

For the residential sector, the study looked at smart meter analysis from Octopus Energy – discovering that many households were already occupied during the day, before lockdown restrictions were imposed. When additional occupants were added, energy use only increased by 4%.

There’s no denying that these are positive takeaways from a catastrophic pandemic – but the environmental success has been short-lived. We have now come crashing back down to the reality of climate change, as the study explains emission levels are already returning to near-normal in parts of Asia.

The study estimates that the direct effect of the pandemic-driven response will be negligible, with a cooling of around 0.01 - 0.005 °C by 2030. 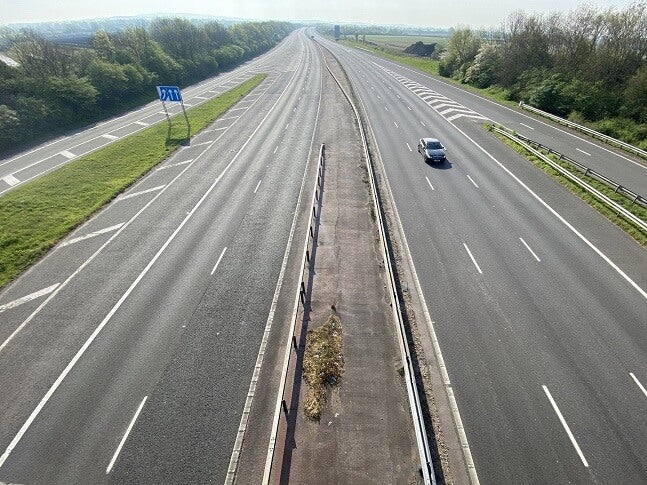 What will have an impact on the environment?

These results highlight that without long-term, system-wide decarbonisation of economies, even massive shifts in behaviour will only lead to modest reductions in the rate of global warming.

“Although temporary changes can help, you need to reduce CO2 permanently to make a dent in global warming,” said Prof Piers Forster in an interview with the BBC.

“CO2 is long lived in the atmosphere, so you effectively need to reduce emissions to zero for a long time before you begin to cancel out the effects from decades of past emissions.”

However, by pursuing a green stimulus recovery from the post-COVID-19 economic crisis, we can set the world on track to keeping the long-term temperature goal of the Paris Agreement within sight.

Harriet Forster, who co-authored the paper with her father, said that while the recent impacts won't last, there is a golden opportunity for governments to change course.

“Our paper shows that the actual effect of lockdown on the climate is small. The important thing to recognise is that we've been given a massive opportunity to boost the economy by investing in green industries – and this can make a huge difference to our future climate.”

The pair suggest that if worldwide recovery is green, avoids fossil fuel lock-ins and bailouts, and cuts global emissions, we would have a stronger chance of keeping global warming under 1.5°C by 2050.

Moving forward, it seems we all need to re-evaluate our lifestyle choices, while governments need to step up to the plate and implement more green initiatives.