✔ Biden’s policies are set to save 9.53 billion tonnes of CO2e

✔ The new president has already rejoined the Paris Climate Agreement

✔ He wants the government to be “guided by the best science”

There has never been a more crucial presidency in the fight against climate change.

President Joe Biden is planning a concerted effort to set the US back on the right path. Since the Great Depression, a president’s first 100 days has been a crucial marker of what’s to come – and for Biden, climate is a clear priority.

The fight against climate change has a prominent position on his administration’s list of seven immediate priorities, and in his inaugural address, the president spoke about how the US must help to fix “a climate in crisis”.

We’ve analysed the actions President Biden is taking to fight climate change during his first 100 days in office – and how much CO2e* these policies will save in the next 50 years.

The day he took office, Biden made good on his promise to sign up to the Paris Agreement, overturning one of Trump’s most symbolically anti-climate moves.

More than 200 countries have ratified the agreement, which commits its members to keeping this century’s global temperature rise to no more than 2°C higher than pre-industrial levels.

Rejoining the pact means that the US will soon have to make a new commitment to reduce emissions by a certain amount by 2030.

That commitment is currently unknown, but Biden has already promised the US will reach net-zero emissions by 2050.

This vow has previously been made by the UK, France, Denmark, New Zealand, Hungary, Japan, South Korea, and Sweden (which is aiming for 2045) – but the US would make the largest difference, by far.

Halting drilling in the Arctic

The new president has also stopped all oil and gas leasing in the Arctic National Wildlife Refuge.

This will save the home of numerous species like polar bears, moose, wolves, eagles, and migratory birds, and prevent companies from drilling in its 19.2 million acres and extracting an estimated 7.7 billion barrels of oil.

The US government states that oil releases 429.61kg of CO2 per barrel.

And that’s just from its eventual use as energy. Taking it out of the Arctic would have used a massive amount of energy, and caused untold damage to the region’s ecosystem. 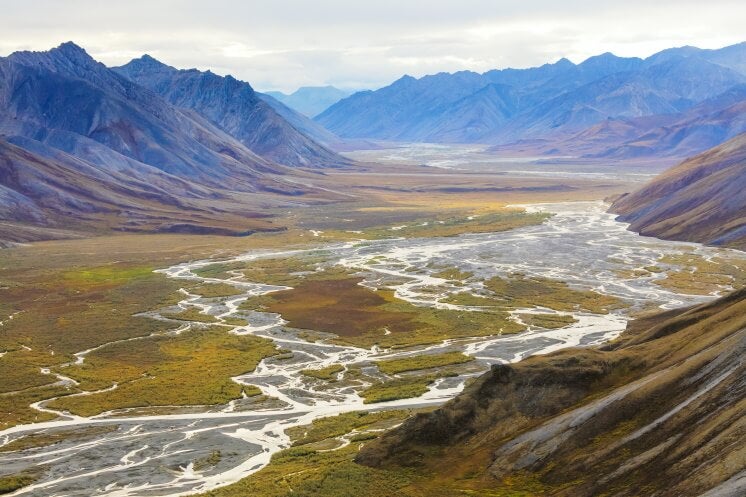 Biden has revoked a crucial permit for the fourth stage of the Keystone oil pipeline, called XL, which would have carried 830,000 barrels of oil per day on a 1,180-mile journey from Steele City in Nebraska to Alberta in Canada.

This has saved the US from producing between 18.7 million and 24.3 million tonnes of CO2e, according to the Natural Resources Defence Council – an average of 21.5 million per year, or 1.075 billion over the pipeline’s 50-year lifespan.

In taking this step, the new president has followed in the footsteps of President Barack Obama, who he served with as Vice-President and who rejected the pipeline in 2015.

At the time, Obama said: “America is now a global leader when it comes to taking serious action to fight climate change. And frankly, approving this project would have undercut that global leadership.”

The pipeline would also have been susceptible to spills, according to Nebraska University’s Professor John Stansbury, who predicted 91 significant spills over the course of the pipeline’s existence, with each incident releasing as much as 5-7 million barrels of oil.

If we assume a 6 million barrel average, that means that with a stroke of his pen, President Biden has protected natural lands from being polluted with 546 million barrels of oil – as well as preventing 1.075 billion tonnes of CO2e.

Re-banning flights from the UK, the EU, and Brazil

If President Trump had won a second term in office, his policy overturning the ban on citizens from the UK, the European Union (EU), and Brazil flying into the US would’ve come into effect on January 26.

Instead, the new administration has noted that COVID-19 cases are still high in all three regions, and has rescinded this attempt to rescind. But how many flights has this stopped?

Considering that flights from the UK are currently down by 73% – and with that unlikely to change any time soon – we can say Brits would have flown 54,799 times to the US in 2021.

2.2 million passengers travelled between the US and Brazil in 2019, equating to around 9,565 flights. Taking into account a 35% drop in Brazilian air traffic, and the one-way nature of Biden’s ban, that means 3,109 flights prevented.

In our article predicting how COVID-19 would affect pollution in the UK, we calculated that planes release 23.46 tonnes of CO2e per flight, on average.

Biden has struck down many more of the previous administration’s environmentally destructive policies that are impossible to quantify in terms of CO2e emissions, but important to mention.

Trump slashed the size of two protected areas in Utah, cutting the area of Bears Ears by 85%, and chopping the Grand Staircase Escalante by 50%.

Biden has restored these national monuments to their original sizes, saving 1.15 million acres of land in Bears Ears and more than 940,000 acres in the Grand Staircase Escalante.

Biden is reversing this order.

On day one, Biden directed his agencies to identify and overturn the previous administration’s anti-climate policies.

In the snappily named Executive Order on Protecting Public Health and the Environment and Restoring Science to Tackle the Climate Crisis, the president explained that this process would help to:

Biden also wrote that “the federal government must be guided by the best science”, and laid out his broader climate goals, all created with the aim of “advancing environmental justice”.

All these targets are direct quotes from the Executive Order:

Biden is creating policies which – assuming they’re not reversed by a future administration – will save the US and the world from suffering the effects of 9,532,300,000 tonnes of CO2e.

He’s also established the White House Office of Climate Policy, and nominated climate change experts to key positions like Energy Secretary, Secretary of the Interior Department, and head of the Environmental Protection Agency.

By May, the president also aims to convene a climate world summit so he can encourage leaders to adopt more ambitious goals, make agreements to reduce shipping and aviation emissions, and curb hydrofluorocarbon emissions by enforcing the 2019 Kigali Amendment.

The future of the world looks brighter now – it’s just that simple.

More from Environment
Latest from Blog