The amount of electronic waste generated across the globe spiked by two million metric tonnes (Mt) in 2019, resulting in a total amount of 53.6 million tonnes in just one year.

This enormous electronic pile-up of discarded phones, computers, appliances, and other gadgets tallies up to the weight of over 4 million London double-decker buses. Overall, this is estimated to have released roughly 98 million metric tonnes of CO2-equivalents into the atmosphere.

In a worldwide comparison of each continent’s e-waste, a UN-backed annual report ranked Europe as the continent with the highest electronic waste generation per person, with each citizen discarding 16.2kg of e-waste in 2019. Oceania was second with 16.1kg, followed by North America with 13.3kg.

Asia was placed at the top for the highest overall e-waste output, with 24.9Mt of tech being tossed to landfill in 2019. North America followed behind in second place with 13.1Mt, Europe came third with 12Mt, while Africa and Oceania generated just 2.9Mt and 0.7Mt respectively. 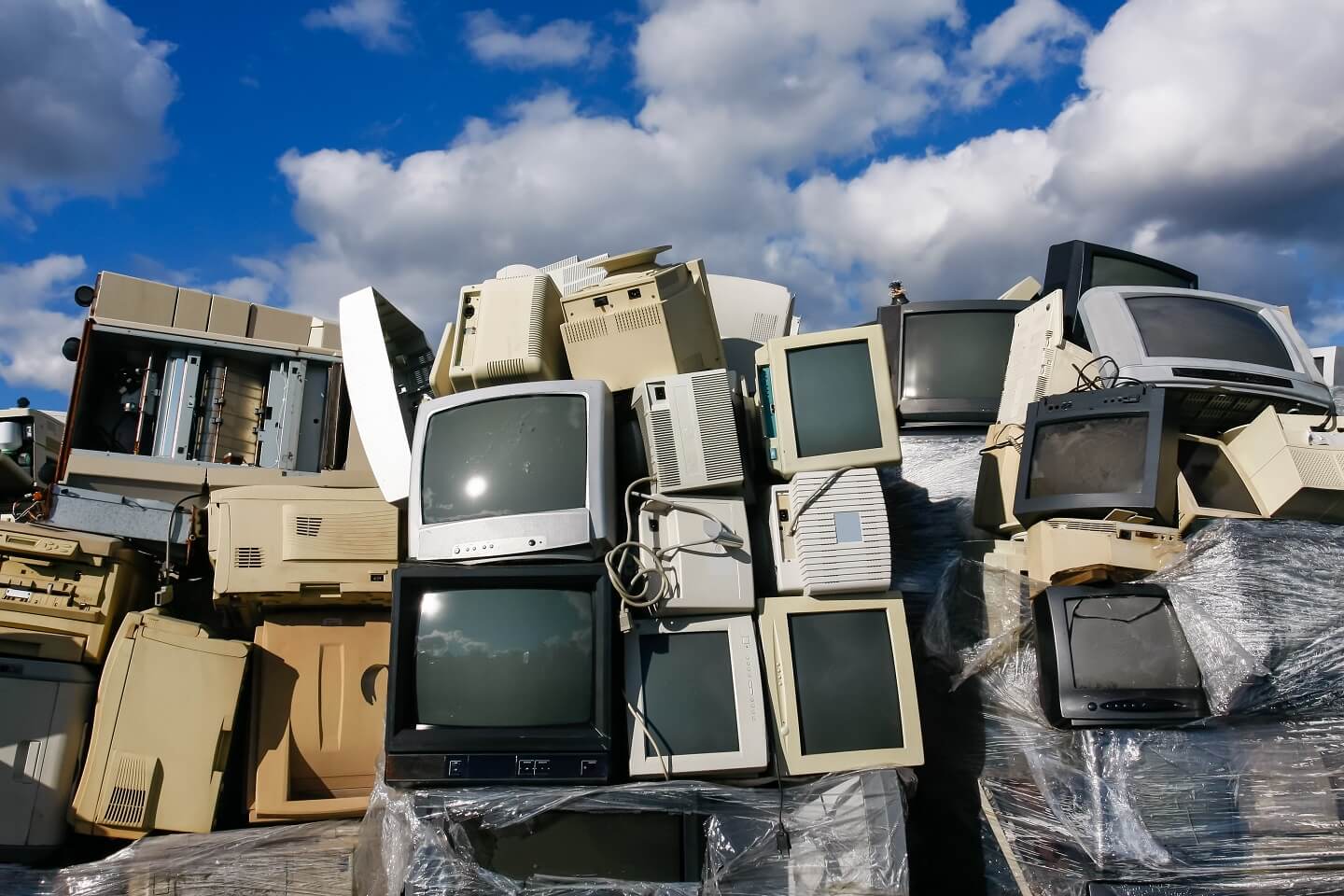 Think these figures are surprising? Things are only going to get worse; e-waste shows no signs of slowing down. The rapid development of technology is leading to a shocking incline, with an overall increase of 21% in the past five years.

Researchers have predicted that the global generation of electronic waste will grow to 74.7Mt by 2030.

E-waste – also known as electronic waste – is discarded electronic devices, which often end up in landfills.

The top e-waste culprits so far in 2020 are outlined below:

Data from the BBC

Why is this a problem?

In short, e-waste is toxic for the planet. White goods, such as fridges and air conditioners, release harmful gases when not disposed of properly.

Plus, toxic additives can also leak into the soil if gadgets are left in landfill. And, worryingly, around 50 tonnes of mercury are contained in “undocumented flows of e-waste” annually.

What’s more, a massive 82% of the world’s e-waste was either dumped or burned rather than recycled in 2019.

So, as we progress into a more technology-based society, e-waste is only set to increase. How we choose to dispose of our tech once we’re done with it will only add to the ever-lingering issue of climate change.