What is the Environmental Impact of Airlines Introducing New ‘Flights to Nowhere’?

Singapore Airlines is said to be the latest major airline considering ‘flights to nowhere’ – the most recent coronavirus gimmick that allows passengers to indulge in pre-lockdown nostalgia.

These ‘flights to nowhere’ take off from and land in exactly the same place, allowing customers to have an aerial tour of the land below.

The experience has been designed to give people their dose of tourism at a time when many are unwilling or unable to go on foreign holidays, due to the coronavirus.

So, what can we expect from this new form of ‘staycation’, and more importantly, how will it impact our planet?

Which airlines are offering ‘flights to nowhere’?

A handful of airlines have already jumped on the bandwagon – with a few having already carried out their first flight.

Qantas Airways has released tickets for a seven-hour scenic flight over Australia's Outback and Great Barrier Reef – which sold out in 10 minutes.

“It’s probably the fastest selling flight in Qantas history,” a spokeswoman said, “People clearly miss travel and the experience of flying. If the demand is there, we’ll definitely look at doing more of these scenic flights while we all wait for borders to open.”

In late August, Japanese airline All Nippon Airways took a 90-minute flight on its double-decker Airbus A380 aircraft. Passengers were treated to a Hawaiian resort-style experience in the airport and on board the plane.

Tigerair Taiwan airline also flew about 120 people on its recent ‘flight to nowhere’ – travelling more than 1,300 miles. The jet flew from Taiwan to the South Korean holiday island of Jeju, before heading straight back.

Although Singapore Airlines is rumoured to be following in these footsteps, it has not yet confirmed whether it’s true. In a statement to The Eco Experts, a spokesperson said:

“Singapore Airlines is considering several initiatives that would allow us to continue engaging both our customers and members of the public. Currently, none of these plans have been firmed up.” 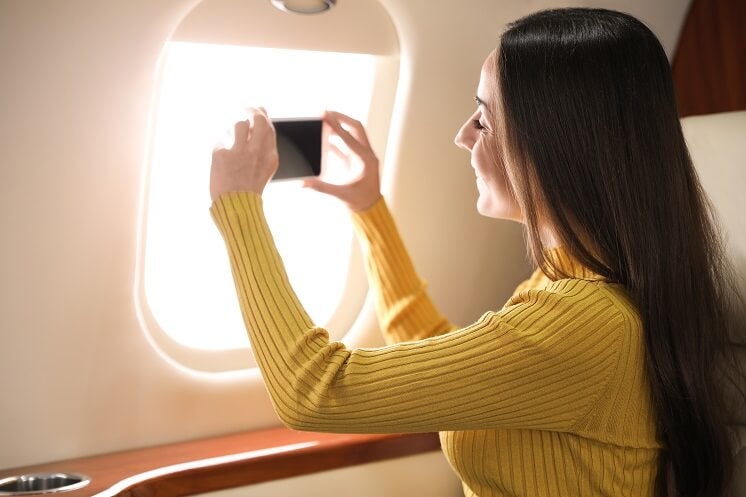 How will this impact the environment?

To put it lightly, this isn’t going to fare well for the planet. Pre-COVID, global aviation was emitting roughly 1.1 billion tons of CO2 per year – 2.6% of the CO2 released annually.

Rather than combatting the climate crisis, these airlines are now pumping out emissions for no justifiable reason, and reversing the hard work done by environmentalists.

To put this into context, we’ve outlined how many emissions will be released from Qantas Airways’s Aussie trip.

Using a carbon footprint calculator, we found that on average, flying from Sydney to the Great Barrier Reef on an economy flight would emit roughly 0.55 tonnes of CO2. A young tree only absorbs 5.9kg CO2 per year, so there would need to be at least 93 trees planted to offset this flight within a year.

Singapore Airlines gave no comment when asked if they would be offsetting their emissions in any potential ‘flights to nowhere’ plans.

The peak of coronavirus lockdown in the UK gave us an insight into life without pollution: the skies were clearer, animals were flourishing in urban areas, and roads were much quieter. For some, seeing this dramatic reversal of pollution levels is quite unsettling.

Why are airlines doing this?

Like most things in the world, it all comes down to money. The aviation industry supports $2.7 trillion (3.6%) of the world's gross domestic product (GDP). In fact, if aviation were a country, it would rank 20th in size by GDP – equal to the GDP of Switzerland or Argentina. 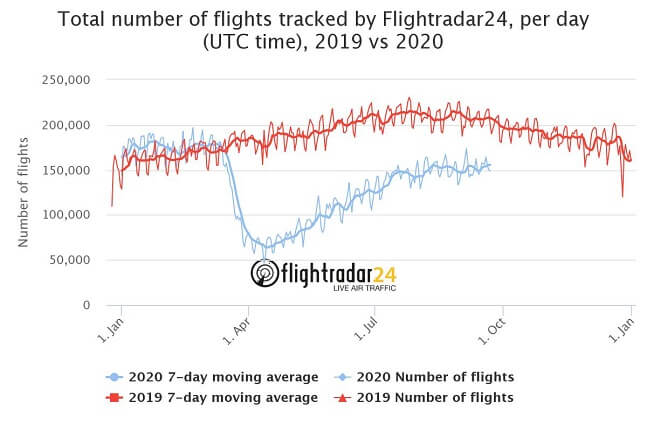 Plus, the aviation industry supports 65.5 million jobs around the world. These flights could be a way to help airlines cope during a year of record losses caused by the Covid-19 pandemic, while also allowing customers a chance to leave the island.

But in a time where scientists across the globe are urging us to move forward from the pandemic with both the economy and the environment in mind, is this really the best way we can make money?