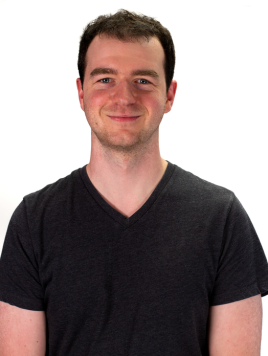 The news cycle has been a bit preoccupied with a certain viral pandemic for the past few months. With this never-ending flurry of updates and policies and statistics, there has been a lot of usually noteworthy news that has slipped through the cracks.

So we’ve compiled a list of environmental news pieces that may have been covered during a typical news cycle, but were overshadowed by COVID-19. Whether it's an ocean cleanup, or burning forests in Thailand, these news pieces cover the good, the bad, and anything in between.

This year started off with some horrific Australian bushfires – the worst the country has ever seen. While those got the coverage they deserve, there were some equally devastating forest fires in Thailand that were overshadowed by COVID-19.

An estimated 20% of the Northern Thailand forest was devastated by the fires. Not only did this destroy a lot of plants and animal life, but it created a massive toxic smog cloud. This cloud has increased pollution levels all across the country.

There have been a few theorized causes of the fires, from drought to agriculture to even lightning strikes. In reality, it’s possible that all of these factors played a role, and that the fires were spurred on by the climate crisis.

The country is still recovering from this disaster. Hopefully they will be able to make a full recovery as the virus subsides and they can get to work on tackling the fallout.

Moving onto some better news, we have a massive ocean cleanup effort going on in the Pacific. If you don’t know, there is something called the Great Pacific Garbage Patch. This is an enormous congealed mass of rubbish floating in the Pacific Ocean, estimated to be made up of 87,000 tonnes of rubbish.

That’s not the good news though – the good news is that a group of people known as the Ocean Voyages Institute have pulled off the largest garbage patch cleanup in history. They officially dredged up 103 tonnes of rubbish in one trip.

This rubbish was made up of discarded fishing nets and plastic that had been washed off of beaches.

This is a small fraction of the amount of rubbish being accumulated in the ocean, but it’s a great step in the right direction. If we could keep up this rate, we’ll be able to slowly chip away at that patch until the oceans are clean again. You can donate to their efforts here.

With enough effort, hopefully pictures like this will be a thing of the past

Renewable energy tops coal in the US

You may have heard of this one, since it was such an enormous milestone in environmental conservation. While this accomplishment happened in 2019, it was officially announced in May 2020.

2019 was the best year we have on record for renewable energy in the US, overcoming coal for the first time in 135 years.

This is a massive accomplishment, and coupled with the fact that the coal industry may finally fall after COVID-19 annihilated most remaining investment in coal, the coal age may be over at last.

There’s not any kind of breaking news here. There was no event that happened overnight that led to this great change. It’s simply a culmination of gradual positive changes that have finally taken hold.

Wind farms like this one are helping us toward a greener, healthier future for us and the planet

The mayor of London has made it a goal to maintain focus on green goals even during the pandemic. That’s why the tube has begun its journey toward being a 100% green method of transport.

Not only will this lead to lower emissions, it will also create more green jobs, as well as a cleaner environment for all of London’s citizens.

It’s one thing for some environmental resistance in congress, it’s another for a presidential candidate to propose a massive green plan to change the US’s environmental outlook.

Biden has proposed a massive $2 trillion plan to divert America’s focus from oil and coal to renewable energy like solar and wind power. This has faced some backlash from oil lobbyists of course, but it’s a great thing to start talking about.

A lot of the time when progressive ideas are proposed, they don’t need to be successful to start discussion. Hopefully these plans do work, but if not, hopefully they spur enough discussion in the public discourse.

The earth is good for the economy

Our final story is a study that reveals that the protection of our planet may just have some monetary gains as well. If we appropriately preserve the correct regions, we may be able to save or even produce money.

A lot of the time, arguments are made against environmental progress in the interest of cost. Things like “we shouldn’t install solar panels because it’s too expensive.” But that has been blown out of the water now, as we might be able to benefit financially from environmental conservation.

It would take a yearly £140bn to isolate and conserve 30% of the planet’s forests and oceans, which would hugely improve biodiversity and the recovery of nature. This might sound like a lot, but the study projects that we would save $170bn to $534bn a year by 2050.

Apparently if we succeed in holding off the destruction of our planet, we might just make a bit more money. Who knew?

There have been a lot of environmental ups and downs over the past few months, and it’s very possible that some of it has passed you by. Hopefully as COVID-19 winds down we can shift our focus to the environment, and we’ll start to see more and more positive headlines.