This is How Coronavirus Has Affected Pollution in the UK

✔ The UK’s CO2e emissions have dropped by 30.45 million tonnes

✔ That’s more than London typically emits in an entire year

✔ The lack of road vehicles has saved the UK 15.18 million tonnes

Coronavirus has infected more than 14 million people, and led to the deaths of 610,000.

Since the article we wrote in March predicting the effects of the virus on the UK’s pollution levels, COVID-19 has killed more than half a million people.

45,000 deaths have occurred in the UK – the third-highest total in the world behind the US and Brazil.

The global pandemic has also altered our lives in a myriad of other ways, affecting how we act, communicate, and think about the world. One consequence of this has been the effect on pollution.

*carbon dioxide equivalent, calculated by comparing the effect of all other gases to CO2, to find one simple measure 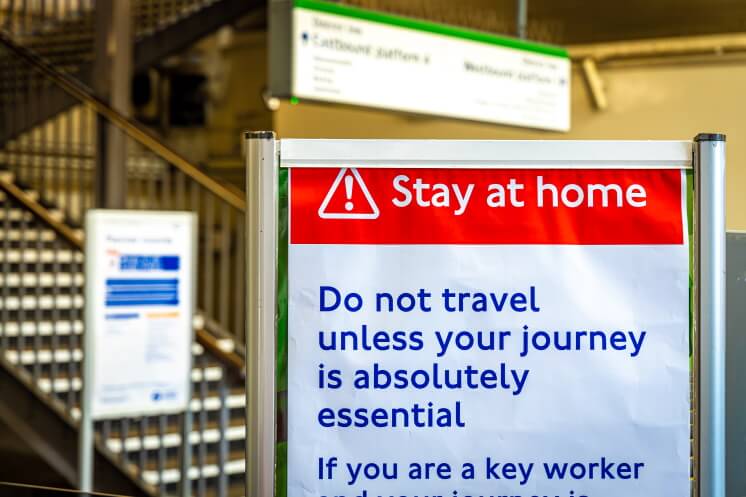 The Department for Transport (DfT) has released up-to-date statistics about how many people have used transport each day since the start of March.

In the 14-week period from March 23rd, when the lockdown was announced, to June 29th, the number of people on public transport fell to just 11.77% of normal levels.

The most dramatic drop in this sector was National Rail journeys, which decreased to 6.1% of their usual amount – but every mode of public transport saw a massive reduction.

In 2017, public transport released 7.9 million tonnes of CO2e, according to the Office for National Statistics (ONS).

We’re assuming that service met demand in the same way it did before COVID-19, which seems to be the case, considering that the number of buses, trains, and the rest was cut heavily to reflect reduced passenger levels.

This means there was an overall reduction of 1.89 million metric tonnes of CO2e.

This period didn’t see as big a drop in road journeys, but the number still fell by nearly half, to 52.56% of the usual level, according to the DfT.

That means the 14 weeks after lockdown started saw a saving of 15.18 million tonnes, just from individuals and companies driving less.

The impact of this decrease was so much larger than public transport – despite a lower drop in percentage terms – because road vehicles pump out more CO2e.

Drivers were responsible for 118 million tonnes of CO2e in 2017, according to the ONS – 15 times more than public transport.

But as the chart below shows, people saw the writing on the wall before March 23rd and reduced their driving frequency massively, eventually reaching just 23% of usual levels.

The amount of vehicles on the road has steadily increased since mid-April, but on June 29th was still only about three-quarters of what it normally is.

If people travelled on the road during this time, they were much more likely to use a bicycle than normal.

The number of cyclists shot up during the 14 weeks after lockdown started, increasing by 181%.

This reached a high on April 26th, when 349% the usual number of cyclists took to the road.

This astonishing reduction in flight numbers peaked in April, when there were 92.1% fewer flights than there were in April 2019.

We worked out in the last article that each flight emits 23.46 tonnes of CO2e.

This is a massive amount, but it’s still less than half the CO2e we saved on the roads – which shows just how much driving contributes to climate change and pollution.

Not to blow our own trumpet, but we were right: the fall in commercial energy produced during the COVID-19 lockdown has more than negated the rise in home energy usage.

While domestic consumption has increased – by as much as 30% at certain times of the day – overall, demand has fallen by 15%, according to Carbon Brief.

A National Grid spokesperson told The Eco Experts that electricity demand alone had regularly declined by anywhere from 10 to 20%, depending on the day and time of day.

This fall is down to the UK’s business and industrial sectors using considerably less energy to power their offices and factories.

A 15% reduction in this total after lockdown was announced has resulted in 36.5 million tonnes of CO2e being emitted, rather than 42.94 – a saving of 6.44 million tonnes. 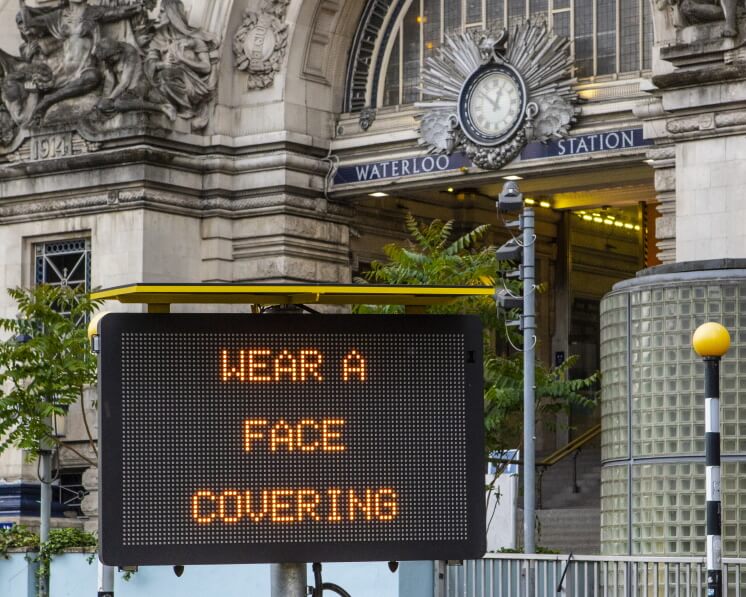 The effect on London

The COVID-19 lockdown has had a huge effect on pollution in London, reducing the capital’s emissions by at least 1,171,595 metric tonnes of CO2e.

There has been a 26% reduction in NO2 in central London since March 16th, according to the Greater London Authority (GLA) – and a 40% decrease at roadside locations.

There’s also been a 10% reduction in PM2.5, when controlling for external seasonal factors like agricultural fumes reaching London.

And an initial analysis of figures around PM10 shows that “there has been a significant reduction”, according to the GLA.

This fall in PM10 pollution has been brought about by massive reductions in activity in the construction, commercial cooking, and transport sectors.

The number of public transport passengers has understandably plunged dramatically, with the Tube’s figure falling to 7.76% of its normal level, while London buses have transported 15.08% of their usual number.

Other forms of transport have also nigh-on disappeared from the capital. Driving in London fell by about 60% after lockdown, according to London government data.

This is almost exactly reflected in the 58% drop in CO2 emitted after March 23rd, which was calculated by scientists at the UK Centre for Ecology & Hydrology and University of Reading.

When compared against GLA data measuring London’s emissions before COVID-19, we can conclude the most polluted city in the country has been spared from 1.17 million metric tonnes of CO2e.

COVID-19 has forced the world to live in a different way, and here in the UK, it’s led to a stunning drop in pollution.

We predicted that the UK would save 28.22 million metric tonnes of CO2e. Turns out, we underestimated that figure – though only by 7.9%.

Saving 30.45 million tonnes is incredible. It’s more than London typically emits in a whole year, and shows we can effectively fight climate change – if we want to.

But of course, this fact takes nothing away from the fact that the virus has infected more than 288,000 people in the UK, and killed 44,000.

When this is all over, we can only hope it won’t take another global pandemic for us to effectively fight climate change again.