7 Positive Environmental Impacts of the Coronavirus

The coronavirus has reached every corner of the planet, infecting over a million people, and tragically killing over 50,000. On top of this human toll, the virus has also wreaked havoc on the economy – already triggering the biggest financial dip since 2008.

In a time where welcome news seems in short supply, the virus has offered a bit of respite for the environment. Air pollution is decreasing, animals are claiming back habitats, and the fossil fuel industry is suffering – all as a result of humans staying indoors for a few weeks.

Finally, the planet is getting a chance to breathe for the first time in decades – but what have been the results? Let’s explore… 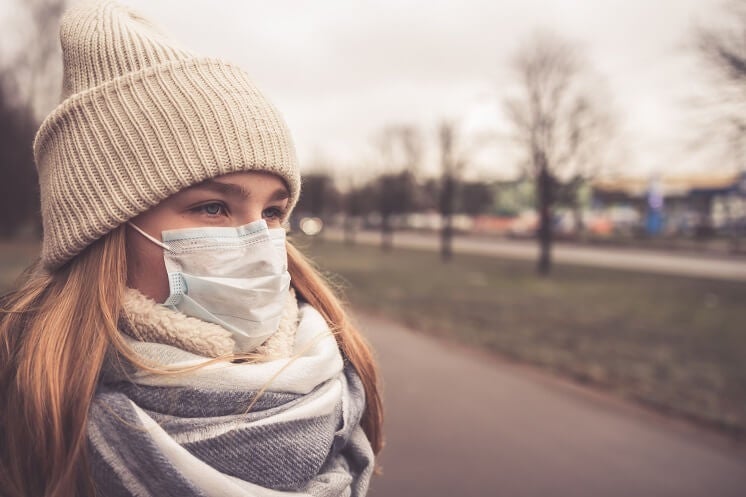 But what exactly is causing this decrease in air pollution?

The travel industry is one of the key contributors to climate change, but for the past few weeks, the world has been under strict transport rules. The EU has banned people from crossing borders for 30 days, whilst the US has banned travellers from European airports. Boris Johnson, himself infirmed with the virus, has also laid out tighter transport rules, encouraging only ‘key workers’ to travel to and from work.

The result? Significantly fewer emissions released into the atmosphere from cars, trains, planes, and ferries. Take a look at the drastic drop in commercial flights in the past two months:

Most of the flights remaining are likely to be ‘ghost flights’, whereby airlines secure their spot on the runways by flying empty planes.

Some experts suggest this drastic change in travel habits could have a lasting impact on the travel industry.

“There could be real potential for the future global recovery from COVID-19 to leave overall mass travel behaviour in a radically different pattern to where it started. – Leo Murray, director at possible.org

2. Industry is taking a hit

The escalation of self-isolation has led to factories closing down to prevent the virus from spreading – also contributing towards a massive drop in air pollution across the globe.

So far, China’s power plants have seen coal consumption fall by 36% – and since China makes up one third of global manufacturing, the knock-on effect has given the environment an opportunity to catch its breath.

In China, carbon dioxide emissions fell by an estimated 200 million tonnes in just 4 weeks, which is about half the amount Britain emits in a year.

Overall, China has experienced a huge drop in production rates across all industries. The coronavirus pandemic left the country with a 13.5% decrease in production in both January and February – the first drop in China's industrial output since at least 1990.

3. Car sales are way down

In just two months, Chinese car sales fell by a massive 92%. Although some people argue that these sales will inevitably return to their peak, the short term benefits of this are enormous.

Not only is driving highly polluting, but the manufacturing stage is also extremely harmful. We’ll take this suspension, however temporary, as a win!

4. Demand for oil has reduced

Travel is restricted, fewer factories need fueling, and consumption of most consumer goods is on hold for the foreseeable future – and all of these fields are either powered by or created with oil.

Why is this good news? Well, oil is one of the most toxic materials for the environment – so the less we use, the better. The International Energy Agency (IEA) has already predicted that global oil demand will sharply decrease by 435,000 barrels a day in the first quarter of 2020, as a result of the pandemic.

These satellite images show that the coronavirus pandemic is temporarily slashing air pollution levels around the world. One expert said the sudden shift represented the “largest-scale experiment ever” in terms of the reduction of industrial emissions. Over the past six weeks, levels of nitrogen dioxide (NO2) over cities and industrial clusters in Asia and Europe were markedly lower than in the same period last year. NO2 is produced from car engines, power plants and other industrial processes and is thought to exacerbate respiratory illnesses such as asthma. While not a greenhouse gas itself, the pollutant originates from the same activities and industrial sectors that are responsible for a large share of the world’s carbon emissions and that drive global heating. Images: @europeanspaceagency

It’s no secret that our environmental impact has heavily affected wildlife: habitats are disappearing due to deforestation, litter is invading nature spots, and chemicals are seeping into our oceans.

The Intergovernmental Panel on Climate Change (IPCC) predict a 1.5°C average rise in temperature may put 20-30% of species at risk of extinction. At this temperature, coral reefs are projected to decline by a further 70-90%, and by the year 2030, we might only have 10% of rainforests left.

But the knock-on effect of coronavirus might help us curve this devastation. Already, after a couple of months, we’re seeing how wildlife reacts to encountering less human activity.

Animals around the globe are taking back their habitats – and, in some cases, invading ours!

In Peru, wild birds are flocking to city beaches, whilst in Italy, dolphins are exploring harbours without the risk of bumping into boats.

Closer to home, mischievous goats are fleeing Welsh fields to graze their way through towns, while wild deer are setting up camp in London housing estates.

This is the result of humans taking a step back for just a few weeks – just imagine what could happen if we permanently alter our harmful habits.

After much discussion, scientists have traced the virus back to a pangolin – the most common illegally-trafficked mammal. It’s likely that this exotic animal was sold in one of China’s wet markets, since it is used both as food and in traditional medicine.

In these markets, you can find wild animals, including bats, snakes, boar, and even ostriches. Three months after the first case of COVID-19, however, both China and Vietnam have banned these wildlife markets.

This not only reduces the chance of having another pandemic on our hands, but also means these animals can roam free in their natural habitat, rather than being caged and kept on a market stall.

The coronavirus pandemic means that many are staying indoors, so this herd of goats have taken over a deserted town centre in Wales.🐐🐐🐐 Although they are keeping locals entertained from their windows, they are also having a nibble on their hedges and flowers from their gardens. 💐 Click the link in our bio to find out more about them.👆(via @bbcwalesnews) #Wales #Goats #BBCNews

Years of scientific research has been proven correct

7. Awareness and evidence of climate change

When scientists first discovered climate change, it took them years to convince their colleagues to believe their findings. Decades later, unfortunately, much of the world is following in these climate-denying footsteps.

What’s more concerning is the handful of public figures and politicians (we’re looking at you, President Trump) who have a huge say in our approach to climate change, and who also live in denial.

This short period of time is a window of opportunity to prove what we can achieve by adjusting our lifestyles. Experts are exhibiting this timeframe as a portfolio of evidence for their once-theorised explanations of what would happen to the world if humans changed their habits.

Arguably the only positive thing to come out of this pandemic is the evidence that if we adapt our lifestyle and polluting habits, climate change will one day be a thing of the past.

Will this environmental impact last?

The impact of our temporary hibernation is both impressive and eye-opening. We can only hope that this time of seclusion will wake up climate change deniers, and lead to more valiant change in the near future to help prevent further global warming.

Experts say that much more work needs to be done, and COVID-19 may either promote the necessity of taking action, or slow it down. Professor Mike Berners-Lee explains it perfectly:

“COVID-19 is a re-evaluation and re-wiring opportunity. It won’t be much fun, but it does give humanity an enforced chance to stop and think – and to choose how we rebuild.

We have to think about how we can come out of this in such a way that gets the transition to low carbon and sustainable living underway at last.” – Professor Mike Berners-Lee, Professor at Lancaster Environment Centre

Perhaps it’s time for us to re-evaluate our next steps, once this pandemic has finally passed.