If you’re even slightly interested in climate change, you’ll be familiar with the phrase ‘COP26’.

Despite it vaguely sounding like a make and model of some sort of machinery, COP26 actually stands for Conference of the Parties – and the 2021 meeting will be the 26th session, which is why it's called COP26.

As arguably the most pivotal COP meeting to date, this year’s conference has been highly anticipated by politicians, climate activists, and members of the public worldwide.

But what can we expect from COP26? We outline everything you need to know about this crucial event below. 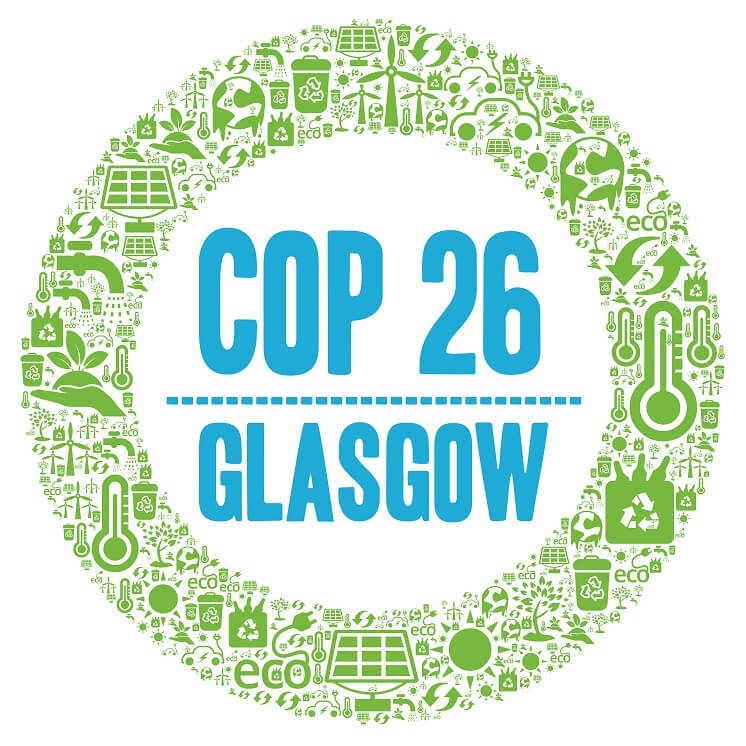 What is COP26 and when is it happening?

COP26 is a two-week summit about the current state of climate change, and how we can fix it.

Representatives from all the countries that signed the United Nations Framework Convention on Climate Change (UNFCCC) – a treaty which took effect in 1994 – will attend the event, and discuss issues including carbon credits, funding for vulnerable countries, and nature-based solutions to climate change.

Where is COP26 being held?

For the first time in history, the COP conference is being held in the UK – more specifically, in Glasgow.

The event will be spread over two main sites in the city:

Who is attending COP26?

A lot of people – after all, practically every nation, country, or state in the world is involved in the event.

Representatives from every party – as well as tens of thousands of negotiators, press reporters, and members of observer organisations – will come together to discuss what actions need to be taken to solve climate change.

British politician Alok Sharma will be playing host this year as President of COP26, with other members of the UK cabinet – including Michael Gove and Prime Minister Boris Johnson – also attending.

The US Special Presidential Envoy for Climate, John Kerry, is set to be a major part of discussions at this year’s COP. President Joe Biden is also set to attend the event – partly due to COP’s standalone significance, but also to mark the US’s return to the Paris Agreement.

Some of the Royal Family have even stated that they’ll be attending COP26. Prince William remarked: “We need some of the world’s greatest brains and minds fixed on trying to repair this planet.”

Due to the importance of this year’s summit, many high profile guests will also be showing their faces, including Greta Thunberg, David Attenborough, the Queen, and Pope Francis.

On the flip side, Australian Prime Minister Scott Morrison stated he might not come – despite Australia being the second-largest exporter of coal in the world.

It was only after increasing pressure that Morrison changed his mind.

Yes, you can go to COP26 – though, it probably won’t be as part of the decision-making crowd.

Whilst the Blue Zone of COP26 will be hosting 30,000 experts, the Green Zone will be open for the public to attend workshops, exhibitions, and discussion groups about environmental issues.

Local protests are also likely to take place in and around Glasgow, so get your picket signs at the ready.

Want to get more involved in the Blue Zone? According to the official COP26 website, unless you are a representative of a party or observer state, or a member of the media, there are only two ways to attend Blue Zone events:

What is on the agenda for COP26?

After the initial opening ceremony, each day will focus on a specific theme linked to climate change.

To kick things off, there will be discussions about finance on 2-3 November, which will then move on to talks about energy on 4 November. On 5 November, leaders will discuss the theme of youth and public empowerment, and debates on nature will take place on 6 November.

Different themes will continue throughout the 14 days, including adaptation, loss and damage, gender, and transport. One day will be dedicated to cities, regions and built environments.

Overall, the UK Government has four key principal goals for the summit:

Why is COP26 so important?

We’re running out of time to stop climate change in its tracks, and experts are seeing COP26 as a last line of defence.

The coronavirus pandemic has also added urgency to these talks. Many countries have seen it as an opportunity to rebuild their economies with a major emphasis on ‘building back better’ through green recoveries.

Many influential figures have supported this move. Pope Francis has warned that it would be “a scandal” if the money governments are spending to rebuild economies in the aftermath of the pandemic “were to focus on rescuing those industries that do not contribute to the inclusion of the excluded, the promotion of the least, the common good or the care of creation”.

Not only will COP26 be a key moment for governments to show how they will keep the global temperature from rising by more than 1.5°C, but it will also address what hasn’t been achieved since the Paris Agreement was signed in 2015.

All sounding rather positive, right? Well, some people have been keen to point out the hypocrisy of the UK hosting the summit, whilst the country also starts new fossil fuel projects.

In fact, in the run-up to COP26, 70 climate scientists from across the globe are arguing that the UK must take “bold political action” on fossil fuels and rule out new oil and gas investments to ensure the Glasgow summit is a success.

Despite the uproar, the UK Prime Minister is actually considering signing off on a controversial project to drill at Cambo, an oil field to the west of Shetland. If approved, the project would produce up to 170 million barrels of oil between 2025 and 2050.

COP26 will be the biggest climate summit the UK has ever hosted – it’s even been described as the most significant climate event since the 2015 Paris Agreement.

This meeting has the potential to be pivotal in our fight against climate change. But, of course, this all comes down to whether leaders actually follow through with the ideas formed in the discussions.