7 Environmental Trends to Watch Out for in 2021

If 2020 taught us anything, it’s that you truly cannot predict how a year will end up unravelling. I don’t know about you, but I certainly didn’t picture having a pandemic on our hands.

However, in the wake of COVID-19, we’ve seen various environmental trends emerging – some positive, and some rather bleak. In this article, we’ll take a look at trends you can expect to see popping up throughout the coming year – from more government involvement, to an increase in ethical consumers, and even to more plastically polluted seas.

How have we worked this out? Well, as much as we wish we had a magical ball that peeks into the future, we don’t. Instead, we’ve taken a look at how governments, scientists, charities, and members of the population are currently behaving. 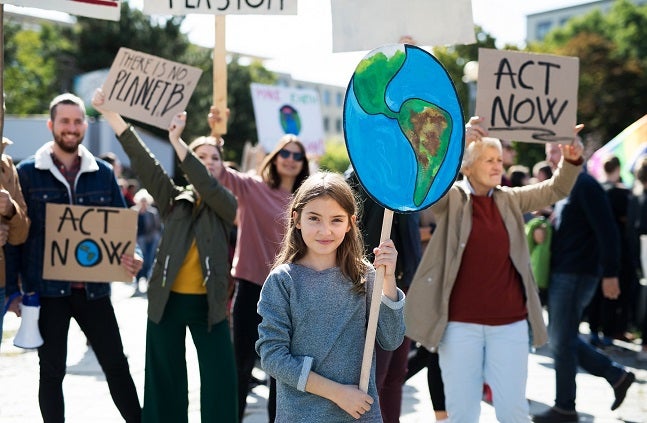 1. A shift in consumer priorities

Over time, environmental concern has steadily crept to the top of consumers' priority lists – and, in some ways, the pandemic has encouraged this trend.

In March 2020 – generally considered the start of the pandemic – people the world over found themselves locked within their own four walls. This long pause in modern-day life gave us all a surprising insight into how fast the world can recover when we’re not burning fossil fuels: air pollution decreased massively, waterways cleared up, and animals started venturing into cities.

As a result, 48% of people in the UK said being stuck at home made them re-evaluate how sustainable their lives are. But in which areas will people be trying to improve in the new year? The results below are based on an E.ON study from July 2020.

So in the coming year, expect to see more people reaching for the plastic-free packaging in your local supermarket, opting for more renewable energy, and trying to cut back on household emissions.

2. Children will continue to lead the way

As COVID-19 restrictions begin to lift in certain parts of the world, children are wiping away the dust on their placards and once again using their voice to save the planet.

The ever-growing youth activist group Fridays for Future – pioneered by Greta Thunberg – has garnered 14 million strikers in 213 countries around the globe in just two years. However, COVID-19 put a halt to climate protests and campaigns last year – with most having to move to online platforms.

But you can expect to see the return of climate-striking children in the streets once again in 2021.

On December 12 2020, climate and environmentalist groups around the world marked the fifth anniversary of the Paris Agreement. Together, they stressed that the “1.5°C target is non-negotiable” as part of the #FightFor1Point5 campaign – after scientists advised that preventing temperatures from rising beyond 1.5°C would give us a fighting chance against climate change.

Two months prior to this, Fridays for Future made a statement encouraging children to continue the battle to save the planet:

“We live in the midst of a pandemic, but climate change is just as much of a crisis as it was before. As society is starting to open up in many places in the world, global emissions and resource use is rapidly increasing, and we are running out of time… This is not a time to be silent.”

Actions speak louder than words, and plans being put in place by governments across the globe are practically screaming positivity.

The graph below outlines how ‘potentially damaging’ major economies will be post-COVID, according to consultancy Vivid Economics. The Green Stimulus Index rates packages as “nature friendly” (green) or “unfriendly” (brown).

*The Green Stimulus Index rates packages by their monetary size, and expert judgements (EJ) of the “green” versus “brown” nature are based on the national policy context, the recipient sectors, and the individual measures.

So, what government plans can we look forward to in 2021?

China, the world’s largest carbon emitter, announced its ambition to become carbon neutral before 2060. President Xi Jinping said his country will seek to peak its emissions “before 2030”, and introduce “more vigorous policies”. According to analysis by Carbon Brief, this could avoid around 215 billion tonnes of CO2 being emitted over the next four decades if China’s ambition is implemented effectively.

BREAKING:
A small team of socially distance activists got creative with roads signs around Westminster this morning.

We're here reminding @RishiSunak that the only recovery is a #GreenRecovery ahead of his big speech today.#BuildBackBetter pic.twitter.com/6EUikxh32j

4. A refreshing environmental focus for America

Over the course of President Trump’s four years in office, he managed to roll back a shocking 72 environmental laws. He has called climate change a hoax, and proven to be a keen friend of fossil fuel.

Thankfully, 2021 will see a more environmentally-friendly face for America, with the introduction of President-elect Joe Biden. Some experts have gone as far as to say that the Biden climate plan would be the most progressive climate strategy the US has ever attempted. So what can we expect to see?

What’s more, the newly elected President’s plan is to not only focus on America’s emissions, but to hold other countries accountable for theirs too.

“With Biden's election, China, the USA , the EU, Japan, South Korea – two thirds of the world economy and over 50% of global greenhouse gas emissions – would have [commitments toward reaching] net zero greenhouse gas emissions by mid-century,” says Bill Hare, who's part of the Climate Action Tracker, which monitors the world's carbon cutting plans.

COVID-19 brought many projects around the globe to a resounding halt in 2020 – including the installation of new renewable energy resources. However, for many countries, the restrictions put in place have slowed down the virus, meaning renewable energy projects will be able to pick up where they left off.

According to the International Energy Agency (IEA), pressing the resume button on these projects in 2021 should lead to a rebound in capacity additions. As a result, 2021 is forecast to reach the same level of renewable capacity additions as 2019.

*The data for years 2020 and 2021 are projections, calculated by the IEA.
Data from the IEA

6. A spike in plastic pollution

Despite efforts from various governments and companies cutting back on plastic – not to mention the organisations clearing the existing waste – plastic pollution is on the up. And thanks to COVID-19, the plastic is piling up faster than ever.

At the beginning of the pandemic in 2020, the World Health Organization requested a 40% escalation of disposable PPE production, only for most of this increase to end up in landfill – or worse, littered on the streets.

It’s estimated that improper disposal of just 1% of face masks is the equivalent of more than 10 million masks – the same weight as 30 cars.

But it’s not just PPE causing a tsunami of plastic. Since oil prices have dropped, it’s now cheaper for manufacturers to produce plastic from oil, rather than recycling existing materials. This means that since COVID-19 has struck, recycling businesses have shrunk by more than 20% in Europe, by 50% in parts of Asia, and by as much as 60% for some firms in the United States.

The coronavirus pandemic has also pushed a lot of people back a step in their individual journeys to become more sustainable, encouraging more to use single-use plastic to avoid coming into contact with the virus.

2020 kicked off with ferocious flames fighting their way through Australia and the Amazon Rainforest. By the time the year was drawing to a close, it was California that was engulfed in flames. Hurricanes ripped their way through America throughout the year, floods devastated Indonesia, earthquakes turned Turkish buildings into rubble, and locusts swarmed the planes of Africa.

Well, unfortunately, we won’t be seeing the back of these nasty natural disasters in 2021. Experts suggest that events like these are only set to become more frequent over time, unless we drastically reduce our collective carbon footprint.

We have a lot to look forward to in 2021 – though it might not feel like it with COVID-19 still floating around. This year could be a tipping point for the environment, and with governments investing more in a greener future – paired with consumers trying to change their habits – we’re certainly heading in the right direction.

Natural disasters may loom on the horizon, and plastic will continue to invade habitats – but if we continue on this path of environmentally-focused initiatives, we will ultimately head towards a happier, healthier planet.