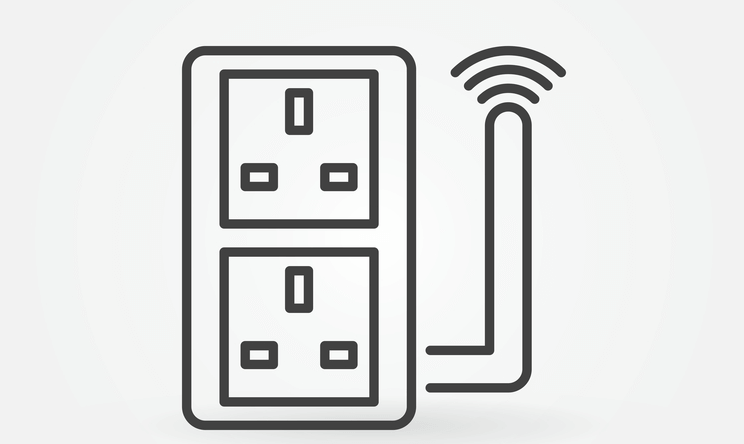 Everyone’s had those moments. You’ve packed your bags, double-checked your passport’s there, and flown confidently out of the door to jump on a train to the airport. But then, a nagging, elusive thought suddenly appears, tugging at your brain…

“Did I leave the hair straighteners on?”

If you can relate to this – the stress of a week away, while worrying about the chance of your cosmetic devices burning a hole in your carpet – then it might be time to invest in a smart plug.

Smart plugs are inexpensive (yet indispensable) devices for the modern home. Plugging into your home’s sockets, they allow you to empower your other appliances with smart capability – meaning you can control them all from an app on your smartphone or tablet.

Get the kettle boiling before you even arrive home, or switch the lights on when you’re away to help fool opportunistic burglars. Whatever your reason for plumping for a smart plug, it’s worth doing – but it’s also worth choosing the right one for your home.

Luckily, that’s where we can help. Below, you’ll find our top smart plug selections for UK homes. Read reviews, compare features, and shop from leading brands to equip your home with the sleek, smart capability it deserves.

What are smart plugs?

Smart plugs are devices that plug into your home’s sockets, allowing you to equip your other ‘dumb’ devices with smart capability. This means that no matter what device you plug in, you’ll be able to control it remotely, through your smartphone or tablet.

You can also see what devices are on or off in your home, without even having to be there. This lets you reduce wasted energy and money through lights being left on, and helps mitigate the stress associated with the failure to turn off incendiary haircare devices.

Basically, smart plugs can turn a ‘dumb’ device into a Dumbo, soaring high above the mundanity of regular household appliances – and providing a level of home convenience your guests will never forget.

But which smart plug is doing it best? 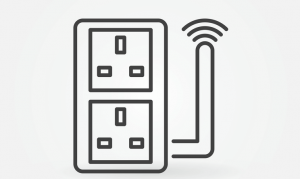 Smart plugs: Bringing convenience, automation, and just a little bit of magic to your home

What is the best smart plug?

We looked at the range of smart plugs available for UK homes, to help you find the best model for features, ease of use, and value. We found that the Kasa smart plug is the best all-rounder, excelling in the features offered by its mobile app, as well as the range of different virtual assistants it’s compatible with.

Making up the best of the rest are smart plugs from Amazon, 2Nice, Hive, and Drayton. But which one is the most well-suited to your home? Let’s find out.

Best for features and integrations 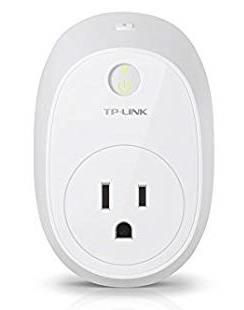 When it comes to a decent price point, handy features, and integration with virtual assistant technology, the Kasa smart plug has it all.

Let’s start with its app, Kasa Smart. Highly customisable, it also offers a slick UX (user experience) and a design that wouldn’t be out of place in Silicon Valley. Better still, it works not only with Amazon Alexa (for voice integration), but with IFTTT (If This Then That) and Google Assistant, too. Control even the most uninspiring household gadgets simply by saying a few words, and feel like a king while you’re at it.

What’s more, this Kasa-nova is sure to win the hearts and minds of your home through its slick set of savvy features. As well as the scheduling, timer-setting, and remote control functions you’d expect, you also get ‘Away Mode’. When you’re on holiday, the Kasa smart plug makes it appear as though you’re home, by turning on devices at random intervals (mainly lights, and perhaps the radio…not hair straighteners).

Oh, and this is all available at a pretty reasonable price point – the plug itself is only £23.99. There are no ongoing subscription fees either, meaning that this smart plug isn’t just compatible with your home’s various appliances – it’s compatible with your budget, too. 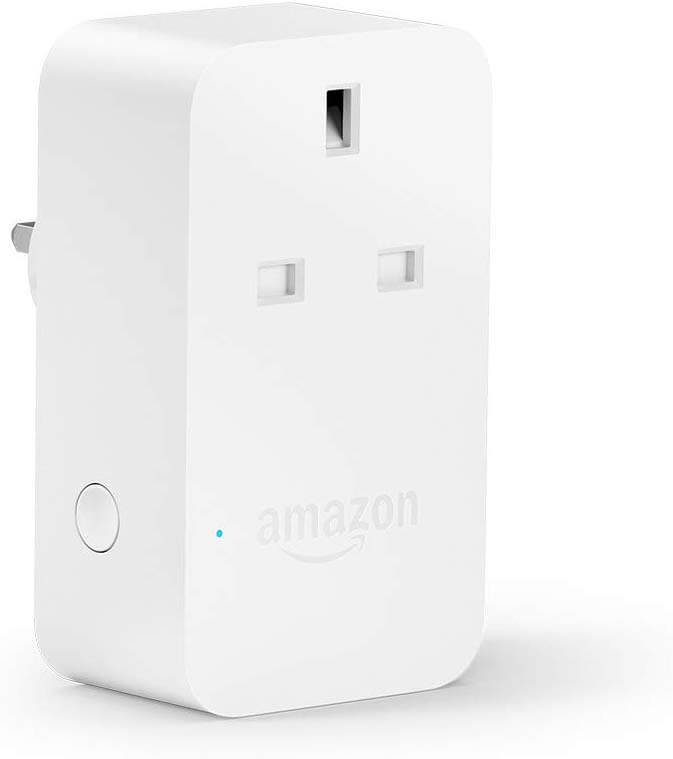 Whether it’s smart speakers or Alexa-integrated light bulbs, Amazon has taken to the emerging smart home revolution like a duck to water. It’s no surprise, then, that it's smart plug is one of the best on the market.

Of course, the success of this smart plug is largely down to Amazon’s incredible mobile app, Alexa. Intuitive, stylish, and easy-to-use, the Alexa app allows you to create routines to automate every part of your day, whether it’s with your voice, or your fingertips.

And, whether it’s your bedroom light switching off at 11pm nightly, or your morning Americano beginning to brew at 7am sharp, the Alexa app will make sure your day runs as smooth as you like your coffee.

The only reason that the Amazon smart plug isn’t at the very summit of this list is its exclusivity. It only works with Alexa-enabled devices, so if you already have a virtual assistant (such as Microsoft Cortana or Apple Homekit’s Siri), then you’ll want a smart plug with a wider range of integrations.

Best smart plug on a budget 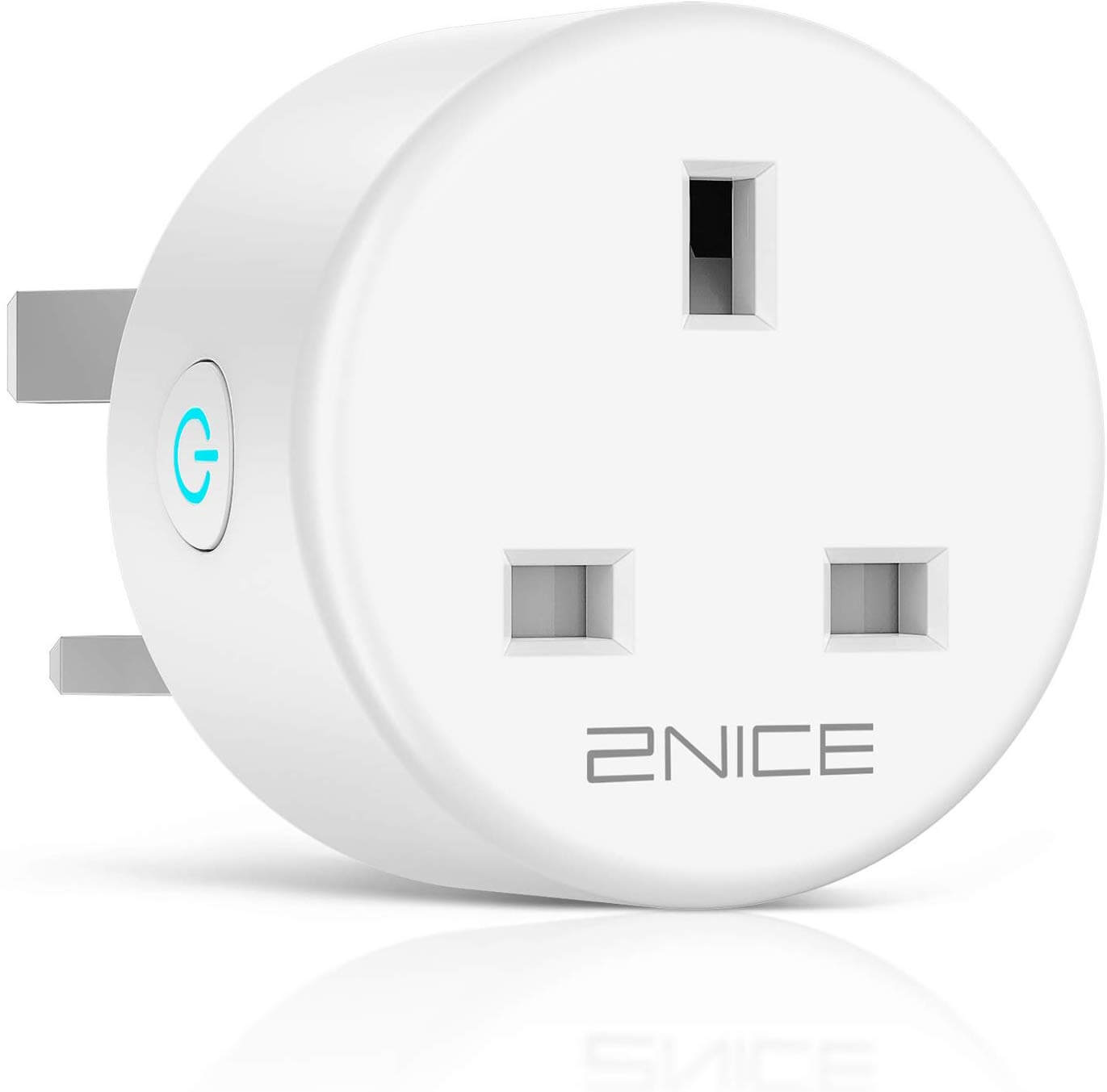 What looks like an Amazon smart plug, also integrates with Alexa, but costs less than half as much? Well, that’ll be the 2Nice smart plug, available at the bargain basement price of just £9.99.

The 2Nice smart plug also boasts compatibility with Google Home and IFTTT, meaning it can be operated via voice alone. It’s pretty simple to set up and use – though it’s hampered by an admittedly clunky mobile app, and a less-than-intuitive string of steps to get started.

That said, once you’ve got the hang of it, it’ll do everything you need it to. It offers scheduling and countdown features to help you automate your home’s lighting and music, or stop the slow cooker when it’s time to eat.

Better still, the 2Nice smart plug is built to last – you’re covered by a 12-month warranty, and will benefit from robust customer support.

Best smart plug for ease of use

Offering a range of smart lights, heating, cameras, sensors, plugs, and accessories, Hive is a busy bee when it comes to smart devices. Its smart plug, though, excels – and can help your home blossom into a true hive of automation and hands-free convenience.

The Hive Active smart plug benefits from a small frame and sleek design, and integrates seamlessly with all your other current Hive smart products. That’s why it takes the plaudits for being one of the easiest smart plugs we looked at to set up, and get to grips with. Hive’s mobile app is also refreshingly vibrant, with a colourful display that’s as easy to use as it is on the eye.

However, all smart plugs have some kind of sting in the tail, and the Hive Active is no different. To use it, you’ll need the Hive Hub, or to already have Hive’s heating product installed in your home. That makes the Hive Active smart plug useful if you’re already on Hive’s books, but if it’s your first foray into the world of smart devices, you’re better off looking elsewhere. 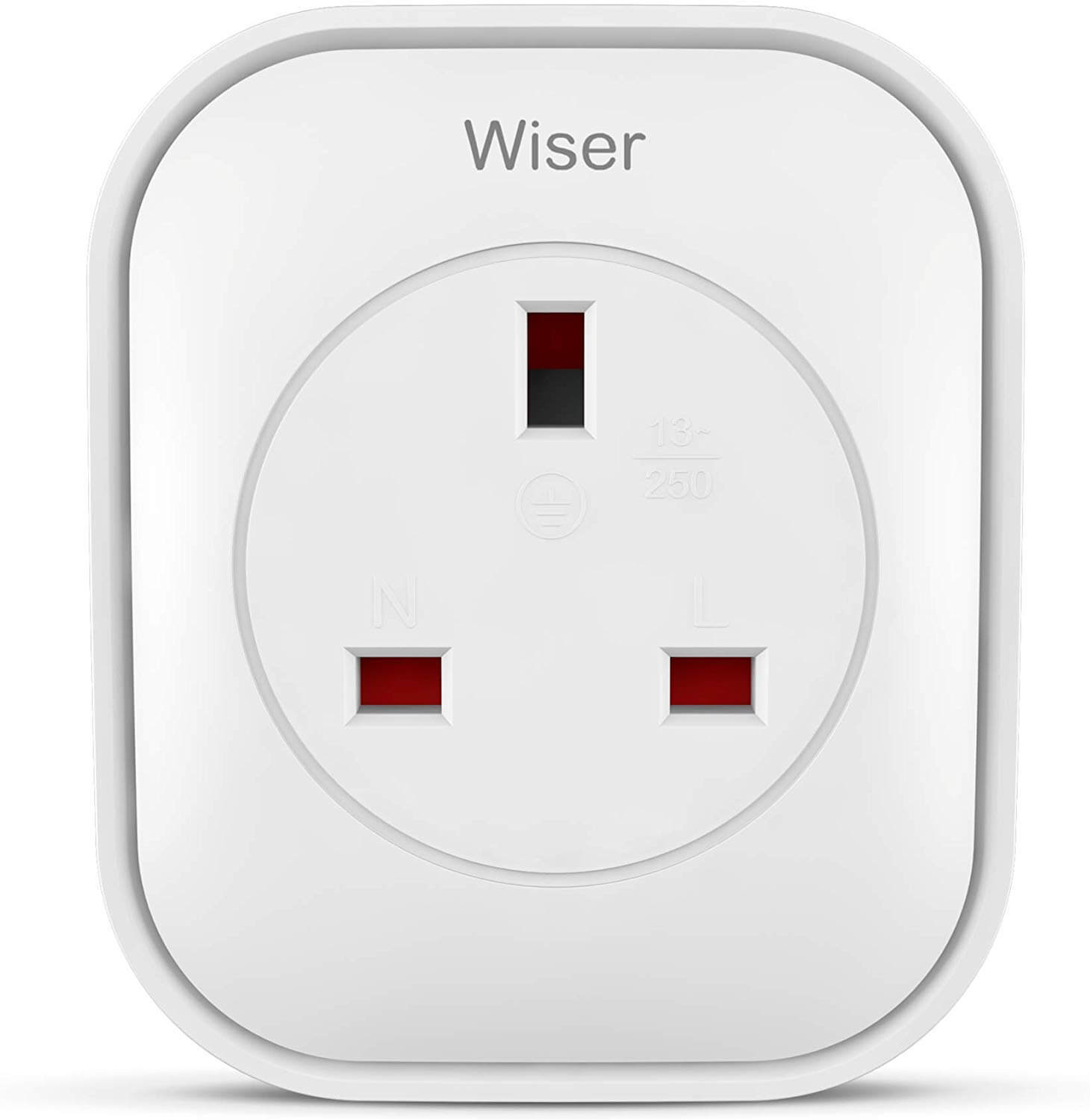 Drayton’s Wiser series of smart products specialises mainly in thermostats, allowing you to regulate the temperature of your home via voice, or through the convenience of a mobile app.

The Wiser smart plug belongs to this intelligent family of devices, and is perfect for homes with big families. With the Wiser app, you’ll be able to control up to 10 smart plugs and 32 radiators, across 16 rooms. You’ll also benefit from room-by-room control of the air temperature, as well as whatever device you’re using with your Wiser smart plug.

The plug also features a built-in extender, allowing you to boost signal to your other Wiser devices – even if they’re separated by thick walls, or spacious rooms. Better still, the Drayton Wiser smart plug works with Amazon Alexa, Google Assistant, and IFTTT.

Despite that, though, there is a catch – this plug will only work if you already have a Wiser smart heating system installed. And – if you want the full, voice-enabled experience – you’ll need to shell out for both the Amazon Echo Dot and Drayton’s Smart Heating and Hot Water Control Kit first.

That means, while this smart plug is impressive, it lands itself in hot water for its price point. Bargain hunters would be wise to look elsewhere.

Do smart plugs really save you money? How much?

Whereas smart plugs can save you electricity (see the next question) whether they’ll actually save you money is more of a grey area. The answer is probably yes – but in the long run. That’s because you’ll have to first fork out the initial outlay for the smart plug itself, which can be anywhere from £10 to over £30.

Plus, smart plugs aren’t really about saving you money – they’re more about convenience, and peace of mind. They’re also… just, really cool! Ask anyone who’s ever experienced the thrill of switching on a TV with their voice (or started dinner before they’ve even walked in the door), and they’ll tell you that smart plugs are about more than just saving a few pennies.

Do they save electricity?

What they are about, though, is saving electricity. Because you’ll always know the on/off status of your lights and various other devices, you can take your electricity usage into your own hands.

Say goodbye, for example, to lights left on all day, or a radio accidentally left humming away while you’re out of town one weekend. Smart plugs help you to be more diligent, and that diligence can help save you electricity.

Do smart plugs need a hub?

Most smart plugs don’t need a hub. They work by connecting to the wifi, and most allow you to control them from your smart device, via an app. That said, smart plugs will usually need to be connected to a hub or smart speaker to integrate with a virtual assistant, thus enabling voice control.

Also, while many smart plugs don’t need a hub to function, some (such as Hive, or Wiser) will require you to already have an existing account with that brand to be able to use your smart plug.

Do they use power when off?

Smart plugs do draw power when switched off, and it’s understandable – after all, they need to be able to listen out for their next command. Regardless, it’s a very small (and likely unnoticeable) amount of electricity – quite literally a small price to pay for big convenience.

Smart plugs aren’t a fire hazard, and actually are probably safer than normal plugs. Think back to the hair straighteners – wouldn’t you like to know if you’d left a device on?

From a cyber security standpoint, though, smart plugs (like all devices that connect to the Internet of Things) are potentially susceptible to cyber attacks. The smart plug itself probably isn’t of interest to any master hacker wandering around your neighbourhood. But, when that plug is connected to other devices, there’s always a chance your privacy could become compromised.

That said, you shouldn’t let the threat of a cyber attack on your home’s smart devices keep you up at night. It’s unlikely, and the security, deterrence, convenience, and peace of mind benefits a smart plug can offer all outweigh the risk.