Why is the Ultra Low Emission Zone expanding?

✔ It’ll cost £12.50 per day to drive a highly polluting car in inner London

✔ This move is set to cut emissions for 3.8 million Londoners

From October 2021, you’ll have to pay £12.50 for every day that you drive an extremely polluting vehicle inside London’s North and South Circular.

The Ultra Low Emission Zone (ULEZ) was created by the Mayor of London to try to clean up the capital’s air, and it’s worked – which is why it’s now being massively expanded.

This is also the latest local step on the path to a total national ban on the sale of new diesel and petrol cars from 2030 onwards.

We’ve covered whether the new ULEZ is set to affect you, and how you can avoid paying for it. 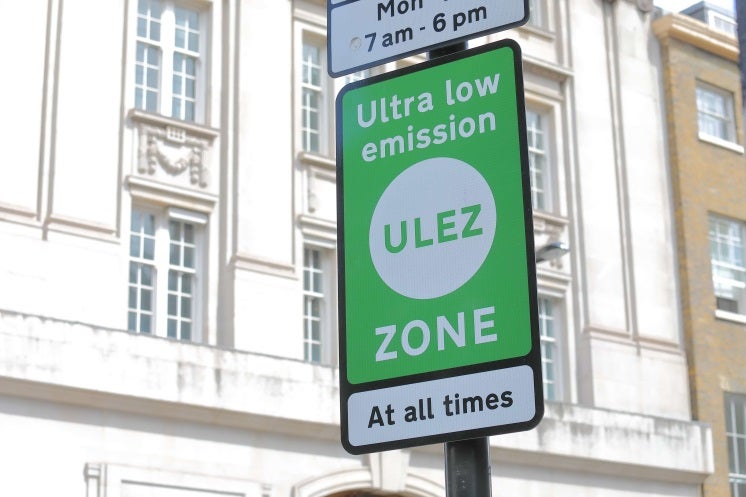 What is the ULEZ?

The ULEZ is an eco-friendly initiative that was introduced by the Mayor of London, Sadiq Khan, in April 2019.

Since then, vehicles that don’t meet specific pollution standards have been charged £12.50 per day for driving in the same area as the Congestion Charge – that is, the very centre of London.

The rule applies to drivers on every day of the year, except Christmas Day.

Where is the ULEZ expanding?

From 25 October 2021, the ULEZ will be 18 times larger, covering everything up to but not including the North and South Circular.

But the good news for most people is that around 80% of cars already comply with the rules.

And the even better news is that this move is expected to reduce emissions for 3.8 million people, and save thousands of lives by reducing air pollution.

The red area is where the ULEZ has been in effect since 2019.

The red and blue areas together make up the new ULEZ area, which will apply to drivers from 25 October 2021. 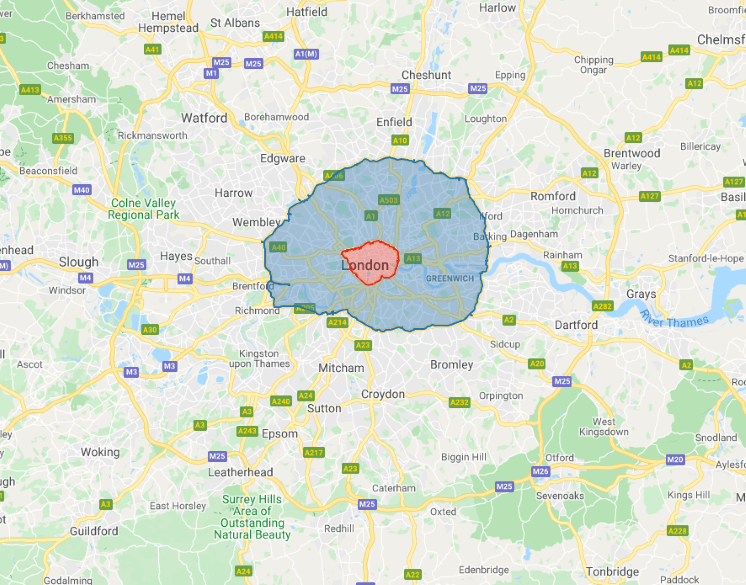 Will you have to pay the ULEZ charge?

The best way to avoid the ULEZ charge is of course by driving a vehicle that meets the requirements, as 80% of drivers do.

You can find out your machine’s status by looking at your vehicle registration document, which will contain your vehicle’s Euro emissions standard.

It must reach the level laid out here:

You should still check your vehicle registration document though, as this isn’t a hard and fast rule.

You can also use the Transport for London’s helpful tool to see if you’ll need to pay.

How can you avoid paying the ULEZ charge?

If your vehicle doesn’t meet the required standards, you have two options.

You may decide not to drive inside the ring-road that surrounds central London, either by taking public transport, or simply by avoiding the area forever.

If that doesn’t appeal to you, the other option is to buy a car that meets the standards.

It’s not difficult to find one of these vehicles, since the great majority of petrol cars have fulfilled the criteria since 2001, which means they’re numerous – and many of them are cheaper, second-hand models.

Or you can go the whole hog and buy an electric vehicle, which will stand you in great stead for any future regulations – and cut your running costs by two-thirds.

If you’re simply parked within the ULEZ, you won’t be charged unless you drive on any given day.

Why is the ULEZ expansion happening?

The ULEZ is being expanded because it’s worked – and because the rest of the city needs to benefit from the cleaner air that has resulted from its implementation.

A study from 2015 showed that 9,416 people in London die each year from air pollution.

Since then, moves towards cleaner air have cut this figure by 59%, saving the lives of around 5,600 people, according to research from 2021.

And roadside levels of nitrogen dioxide (NO2) in central London have dropped by 44% in just 2.5 years.

In fact, there’s been a 94% reduction in the number of people who live in places with illegal levels of NO2 since Khan won his first election in 2016 – and there are now 97% fewer schools in these areas.

The scheme has succeeded because people have adapted, with the number of vehicles in the ULEZ area that meet their required standard increasing to 80%, from just 39% in 2017.

What’s more, the Low Emission Zone (LEZ), which applies to heavy goods vehicles that weigh over 3.5 tonnes, has worked too – especially since Khan took office.

95.5% of heavy goods vehicles, buses and coaches now comply with LEZ restrictions, according to the latest report – up from 48% when the most recent standards came into effect, in February 2017.

Its popularity hasn’t just been achieved through the threat of fines, either.

A YouGov poll in 2021 found 68% believe higher-polluting vehicles should pay more to drive through London, with only 18% opposing the idea.

With thousands of Londoners still dying from air pollution every year, and a quarter of inner London roads still exceeding the legal NO2 limit – not to mention the cascading effects of climate change – it was necessary to broaden the initiative’s scope.

Soon, millions more Londoners will be able to breathe easier.