Extinction: The Facts – David Attenborough’s Stark Warning of What is Yet to Come

With one million species at risk of dying out, Sir David Attenborough’s most recent documentary (Extinction: The Facts, aired 13th September on BBC) offers a stark look at the devastation that humans are wreaking on the planet.

Unlike his usual documentaries, Attenborough is not here to highlight the breathtaking wonders of life on Earth – but is here to issue us all with a severe warning.

“It’s never been more important for us to understand the effects of biodiversity loss, or how it is that we are ourselves are responsible for it.” Attenborough opens the documentary with, “Only if we do that, will we have any hope of averting disaster.”

Here, we look at the key takeaways from this heartbreaking documentary, the impact on our planet, and what we need to do now to make a change.

How are we destroying ecosystems?

Illegal animal trafficking has been going on for decades – whether they’re used as a status symbol or for medicinal uses, it’s happening on a huge scale.

The key example given in this eye-opening documentary is the pangolin – a scaly mammal found in parts of Asia and Africa.  Pangolins are the most trafficked animal in the world, sold for their scales, which are said to have medicinal purposes. According to Nikki Wright, Wildlife Rehabilitation Specialist, 175,000 pangolins were killed for the scale trade in 2019 alone.

The most frustrating part about of all this? It has been scientifically proven that these scales have no medicinal value.

Attenborough moves swiftly onto our next downfall: destroying the natural balance of fish in the world’s oceans. He states “At any one time, there could be as many as 100,000 fishing trawlers in our seas”.

Rather than fishing in a sustainable way for a long period of time, we’re overfishing for a short period of time. There’s only so long this can go on for.

As we remove more adult fish from the ocean, we’re also removing eggs – this means animals are unable to reproduce as frequently. A huge reduction in fish also means prey will struggle to feed themselves.

One of the reasons there is a growing demand for natural resources because our population is increasing. However, the documentary is quick to point out that although the population rate is much higher in developing countries, it’s the Western economies that are consuming more than we need.

According to Attenborough, the average Brit consumes four times the amount of the average person in India – and in the US, this figure rises to seven times as much!

Although the UK has put more laws in place to protect natural resources, compared to some developing countries, we rely heavily on imported goods from other countries, which increases global pollution.

“We are simply moving our footprint of destroying nature onto another country” – Sir Robert Watson, Chair of the Intergovernmental Panel on Biodiversity Ecosystem Services (IPBES)

The Paris Agreement’s central aim is to keep a global temperature rise well below 2 degrees celsius above pre-industrial levels. However, according to Sir Robert Watson in the documentary, we are in fact “on track to a 3 or 4 degree celsius world”.

Not only does this alter habitats around the world – with more wildfires and melting ice caps – but it also changes breeding patterns and migration movements.

Our world is losing nature at a rapid rate. We’ve already lost 90% of the wetlands across the world, we’ve transformed the forests and grasslands – a lot of it just to feed one species.

One of the most surprising learning from this documentary is that there is now enough land, which has already been cleared to sustain necessary levels of production – but new land is still being cleared because it is often quicker and cheaper to do so.

What is the result?

How can we prevent mass extinction? 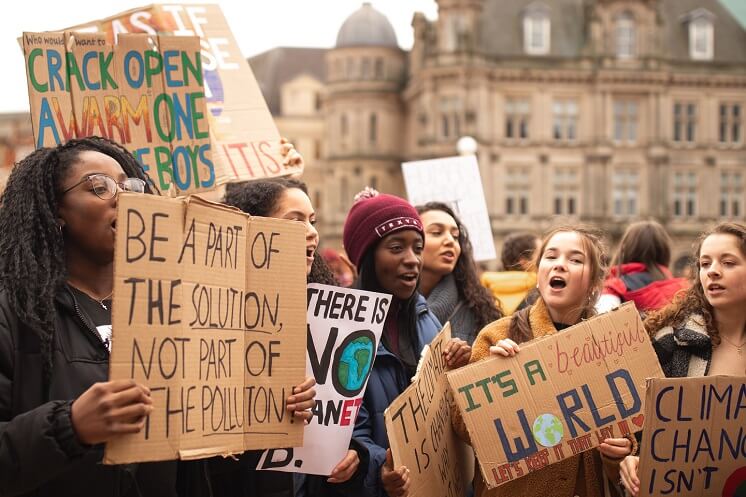 Key ways we can transform our own lifestyles

Towards the end of the documentary, Attenborough steps back into his usual territory of observing the beauty of nature, with a sprinkle of optimism. We take a peek into a highlight of Sir David’s career: his meeting with Rwanda’s mountain gorillas 40 years ago.

At the time, just 250 individuals in this species were left and their future looked bleak. But today, the population has bounced back – all thanks to new government laws, local communities, and volunteers working together.

We must look at this as an example of what can be done if we combine our skill sets to work towards saving not just one species, but one million of them. As Attenborough says in the final scene, “What happens next, is up to every one of us”.