The coronavirus crisis could mark the beginning of the end for oil and gas as the world’s biggest sources of energy, experts have said.

Demand has fallen dramatically since the start of the global pandemic – thanks mainly to reduced transport and business energy usage – while supply has surged.

This has led to the lowest oil prices for nearly two decades, tens of thousands of job losses, and even cases of sellers paying customers to take their oil.

Saudi Arabia and Russia have both pumped cheap oil into the market, engaging in a price war to drive out US companies who can’t afford to stay in if margins plummet.

As a result, global oil storage is set to exceed global maximum capacity within weeks, according to energy experts who spoke to CNBC.

Valentina Kretzschmar, director at energy consultancy Wood Mackenzie, told The Guardian: “The price war and COVID-19 have really thrown the oil and gas sector into turmoil, and now we have companies really in survival mode.”

An International Energy Agency report from April 1 stated: “The oil world has seen many shocks over the years, but none has hit the industry with quite the ferocity we are witnessing today.”

A fall from grace 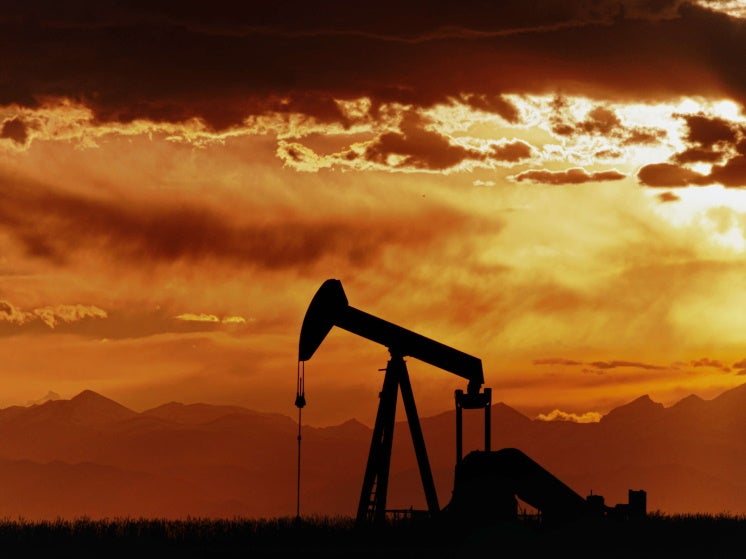 Just a few weeks ago, 100 million barrels of oil were being sold every day. That figure has plummeted by roughly 25%, according to experts who spoke to Bloomberg.

And wherever you look, oil demand is falling. Global air travel has gone down by two-thirds in the past three weeks alone, flightradar24.com statistics show.

This historic drop has cut jet fuel use by around five million barrels per day, according to Bloomberg.

Oil refineries are shutting down because they haven’t been able to sell any fuel, and oil wells which usually produce around a million barrels per day have also closed their doors, Goldman Sachs told The Guardian.

The rise of renewables

Jeffrey Currie, head of commodities at the US banking behemoth, said in all likelihood, this disaster for fossil fuels would “permanently alter the energy industry and its geopolitics” and “shift the debate around climate change.”

The solar power industry and other renewables have suffered during the COVID-19 outbreak from the lack of demand, but BNP Paribas’s head of climate change investment research, Mark Lewis, said the cultural shift may benefit green sources in the long term.

“When the dust settles, the peak demand narrative will be there stronger than ever,” he told The Guardian.

“This is particularly true if long-haul aviation fails to recover.

“This has been a very strong source of oil demand growth in recent years but the longer we are at home – remote working, using video conferencing – the more people will wonder: do we really need to get on a plane?”

A change in thinking could lead to a rise in renewable energies like solar power, which are now just as profitable investments, according to Wood Mackenzie’s director Valentina Kretzschmar.

She told The Guardian that the rates of return for gas and oil projects have crashed from 20% to 6%, explaining: “They’re very much in line now with what you can get from solar and wind projects.”