10% of mammal species will go extinct this century, thanks to humans

This “shockingly high” number, which represents 10% of mammal species, massively surpasses the 351 mammal species which have become extinct in the past 126,000 years.

The authors of the research, which was published in the Science Advances journal, lay the blame for the future extinctions of animals like the Amur Leopard, Black Rhino, and Bornean Orangutan squarely at the feet of humans.

“The extinctions that have occurred in the past centuries only represent the tip of the iceberg, compared to the looming extinctions of the next decades.”

See that line going straight up? That’s the next 80 years

Yes. While extinctions are always a complex process, it is largely humans’ fault.

The study explains that when humans invade and spread across a previously natural environment, extinction follows (as well as pandemics).

This is because of “more intensive hunting pressure, land use, ecosystem modifications, e.g. through the use of fire, and several cascading effects that result from human impact on the natural world.”

There are other smoking guns in the report, too.

In the past 12,000 years, the extinction rate has increased 156-fold, largely because of us – and it’s only going to get worse. 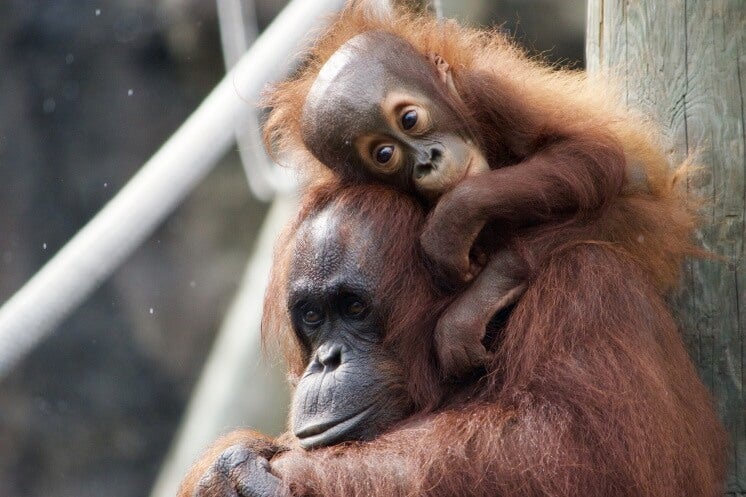 The authors state that “based on current trends, we predict for the near future a rate escalation of unprecedented magnitude.”

If you (understandably) don’t want to take the blame for Bronze Age people’s actions, don’t worry – modern humans are also very much at fault.

The study’s authors say as much, writing that “the human impact in the most recent extinctions (since 1500 CE) is undeniable.”

And that’s not all. The study notes that “human activity has led to decreases in population sizes and species ranges for a much larger fraction of mammalian species.”

Many of these species, which humans have nearly killed off, will go extinct this century, and it’ll be down to us.

If you set the kitchen on fire, you don’t get to be surprised when the whole house burns down.

Can we stop it?

The study lays out that “we are losing biodiversity every year, and with every extinct species and population, we lose unique evolutionary history” – so is it a losing battle?

Not necessarily. We can certainly slow down the process, at the very least.

The authors explain that “there is still a window of opportunity to prevent many species extinctions by improving conservation efforts.”

15% of species in the UK are under threat, and that’s a good place to start.

You can help prevent hundreds of species disappearing forever by educating yourself, and by donating your time or money to a charity like the World Wide Fund for Nature (WWF).