The Green Road to Recovery: the Environmental Future of Post-COVID UK 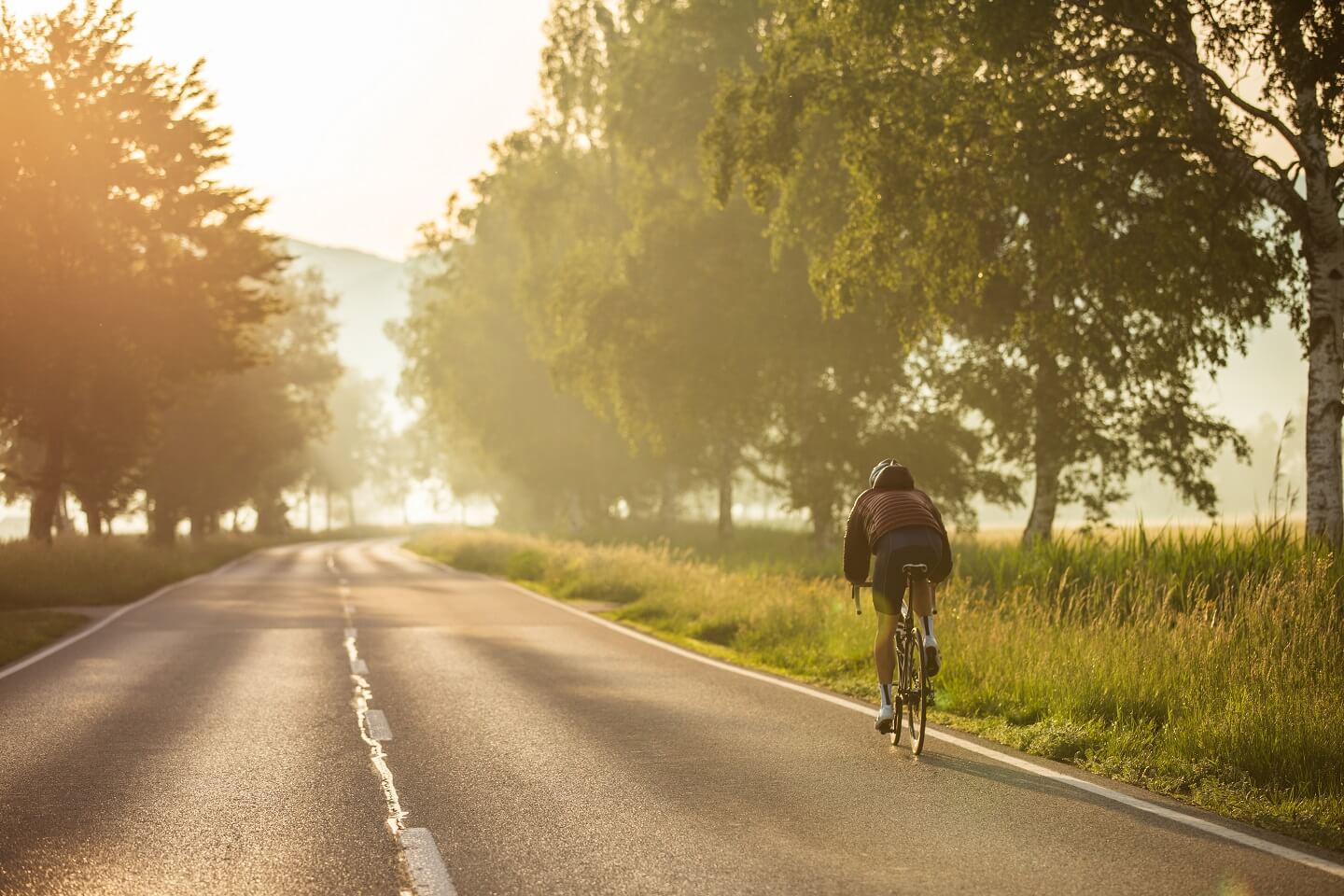 The coronavirus crisis has taught us a lot over the past few months. We’ve now seen firsthand how quickly polluted skies can clear, how resilient wildlife can be without us invading habitats, and how important it is for us to protect our natural world.

As the UK starts edging out of lockdown, there seems to be one thing taking pole position in people’s priorities – the environment. Now that we’ve seen the impact our lifestyles are having on the world, and how easily we can reverse the effects, many of us are hoping to move beyond the coronavirus in a way that can benefit both us and our ecosystems.

But what exactly has the UK government got in mind for our green road to recovery? And, most importantly, will it be successful? 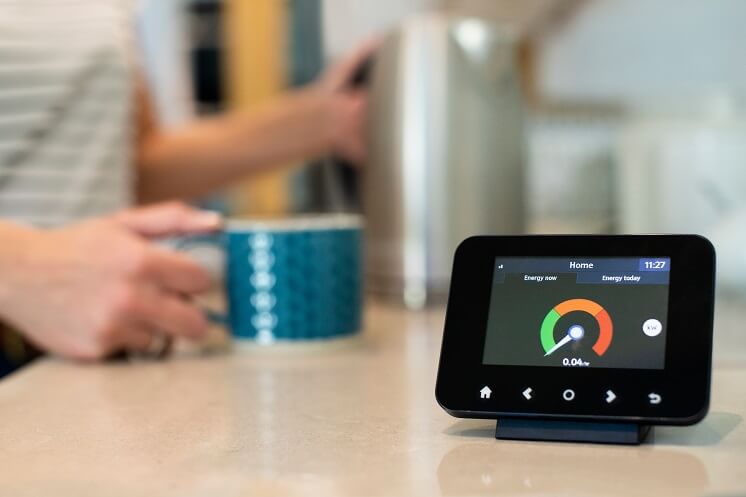 Summary of the UK’s green road to recovery

To kick-start July, Chancellor Rishi Sunak announced that a generous £3 billion will be spent over the next year to save money, cut carbon, and create green jobs.

Overall, the government expects this plan to make over 650,000 UK homes more energy efficient, saving households an average of £300 on their bills per year. Additionally, this funding is estimated to ‘cut carbon by more than half a mega tonne per year’ – equivalent to taking 270,000 cars off the road – whilst also supporting around 140,000 green jobs.

This funding will be primarily split into two different schemes – but what can you expect from them, and will you benefit?

£2 billion of the overall funding will be spent trying to decarbonise UK homes. From September, homeowners and landlords will be able to apply for vouchers to make their homes more energy efficient, which will then go towards installing insulation or renewable tech.

Although homeowners will still need to put some money towards the energy-saving equipment, Sunak’s green grants will cover at least two thirds of the overall cost (up to £5,000 per household). If you live in a low-income household, the government will give you an extra helping hand by covering the full cost, up to £10,000.

Sounds pretty good, right? Plus, depending on which energy-efficient appliance you want to install, you can expect to save thousands of pounds.

We worked out just how much you can look forward to saving with the Green Homes Grant:

On top of housing grants, public sector bodies – including schools and hospitals – will be offered £1 billion to fund both energy efficiency and low carbon heat upgrades over the next few years.

The public sector decarbonisation scheme was a pledge in the Conservatives’ 2019 election manifesto. At the time, the party promised to spend £2.9 billion on it over a five-year period, but it’s unclear whether this announcement just brings forward some of that funding, or whether it is in addition.

The Chancellor’s announcement handed a little bit of hope to the general public – better homes, cheaper bills, and a boost for the environment.

The Prime Minister’s focus, on the other hand, lies solely on the UK’s economy – and rightly so, since we’re expecting it to take quite a hit in the coming months. Boris’ goal is to create jobs and ‘build back better’ and reassure the 1.24 million people who’ve become unemployed since March, while making sure these numbers down spike any further.

Johnson’s key pledges in his ‘build back better’ speech were to:

But what about Johnson’s plans to help the environment, you ask? Check out the key takeaways below:

Clearly, the environment is part of Johnson’s green road to recovery – but whether it’s enough, we’re not so sure.

How are the experts reacting?

Reactions have been mixed to the UK’s new recovery plan – with most people left feeling disappointed.

In May, organisations, economists, and experts were calling for a heavy focus on renewable energy as part of the recovery plan, which has received no new boost. Electric vehicles were also given the cold shoulder, along with any funding for green public transport.

Measures to restore nature have also been thrown to the bottom of the pile, with just £40 million going towards a green jobs challenge fund, despite Johnson’s promises of tree-planting and landscape restoration.

Chris Stark, Chief Executive of the Committee on Climate Change (CCC), took to Twitter during the green announcements. He claimed: “*Clearly* this isn’t the full package necessary to get us on track for Net Zero and better climate resilience, but it’s focused on the right things to boost short-term green employment.”

*Clearly* this isn’t the full package necessary to get us on track for Net Zero and better climate resilience, but it’s focused on the right things to boost short-term green employment.

The challenge is now to make policies that ensure these jobs endure beyond 2021.

Architects gave a cautious welcome to the measures, but said the government had not gone far enough.

“The £2 billion Green Homes Grant will help some households become more energy efficient and reduce energy bills, but this must be the start, not the end, of an ambitious strategy to create a sustainable built environment.” – Alan Jones, Royal Institute of British Architects (RIBA) president

In an interview with the Guardian, Craig Bennett, the chief executive of the Wildlife Trusts, said: “The money allocated to help restore nature falls embarrassingly short of what is needed to tackle the twin emergencies we face: climate change and nature loss.”

Following Rishi Sunak’s statement, Greenpeace tweeted: “The Chancellor took an important step toward making our buildings warmer and greener, and committing to climate conditions on any future bailouts for companies. But he missed a huge chance to boost public transport, to enhance nature, and to make our waste system more sustainable.”

BREAKING:
A small team of socially distance activists got creative with roads signs around Westminster this morning.

We’re here reminding @RishiSunak that the only recovery is a #GreenRecovery ahead of his big speech today.#BuildBackBetter pic.twitter.com/6EUikxh32j

The environmental organisation had put together a meticulous plan on how the UK can successfully recover from Covid-19, whilst also meeting green goals, almost a month prior to Johnson’s announcements.

Although Sunak’s £3 billion sounds generous, Greenpeace said that, as the first tranche of the green recovery, the Chancellor should have proposed at least £15 billion in ‘shovel ready’ projects across the transport, buildings, nature, and waste sectors. According to Greenpeace, if we’re to have a truly green recovery, our total spending should add up to at least £25 billion additional investment per year over the next four years.

The UK can’t possibly afford this though, right? Well, according to Greenpeace, cancelling the UK’s current road-building programme and HS2 would free up a whopping £133 billion. This would allow the government to transform our streets, provide free public transport, and increase investment in buses and trains to reduce the number of cars on the roads.

So, it’s fair to say that experts from across the board aren’t feeling too chipper about this new green plan.

In one of WWF’s recent ‘Friday Series for a Green and Healthy Recovery’, speaker Alicia Bárcena

(Executive Secretary, United Nations Economic Commission for Latin America and the Caribbean) said that, in order for the world to live in harmony with wildlife, we need to ‘reinforce a narrative of nature and economy, working in unison, that politics can understand’.

Some organisations have even gone as far as saying that these plans are “clearly unlawful”, as they do not match up to the government’s legal obligations under the Paris climate agreement.

On 7th July, a letter threatening court action was sent to Johnson and Sunak by the pressure group Plan B – the same group that successfully took the government to the appeal court this year over its green light for the expansion of Heathrow airport.

The campaigners argue that the Heathrow case sets a precedent which forces ministers to assess the impact of their Covid-19 stimulus plans on the climate crisis.

How does this compare to other countries’ green plans?

The graph below outlines how ‘potentially damaging’ major economies will be post-COVID, according to consultancy Vivid Economics. The Green Stimulus Index rates packages as “nature friendly” (green) or unfriendly (brown).

*The Green Stimulus Index rates packages by their monetary size, and expert judgements (EJ) of the “green” versus “brown” nature based on the national policy context, the recipient sectors, and the individual measures.

Here’s a little insight into some of the green – and not so green – post-Covid plans: 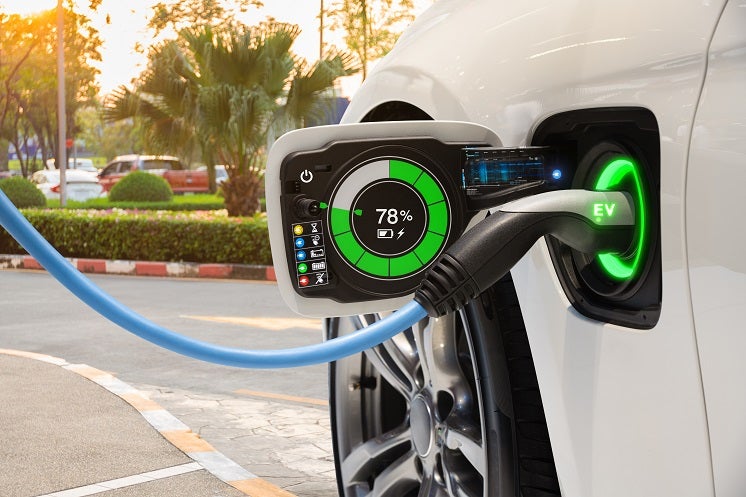 The UK is certainly picking up the pace with its new green road-to-recovery plan – but experts are urging that we reach our destination much faster.

In one of WWF’s recent ‘Friday Series for a Green and Healthy Recovery’, speaker Gabriel Quijandría (Vice Minister of Strategic Development of Natural Resources, Peru) said that, though coronavirus has been devastating, it has opened up the chance for countries to discuss how we can live in harmony with nature.

We, and other countries across the globe, need to take this opportunity with both hands, and move forward with more urgency to help the environment.

More from Environment
Latest from Blog
We use cookies. By browsing our site you agree to our use of cookies.